Suitors line up for stake in Skywise - owners

Cape Town - Grounded low-cost airline Skywise announced on Monday that it is considering selling off a sizable stake in the airline.

According to a statement issued by the airline, six companies have already expressed interest in such an acquisition. Of the six potential investors, four are foreign-based, while two are from South Africa.

"Due to the Air Services Licensing Act only allowing 25% foreign shareholding, the lucrative offers from the foreign carriers are under negotiation," said Skywise.

Co-chairs Tabassum Qadir and Javed Malik said they are open to let go more than 50% of their share, but only to the local investors.

"The current expressions of interest from the local investors are being analysed. Our dream is to see Skywise airline in the air, conquering African skies and winning back the hearts of consumers,” they said. 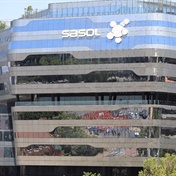