Transport subsidies must benefit the poor, not the 'better off' – Nzimande 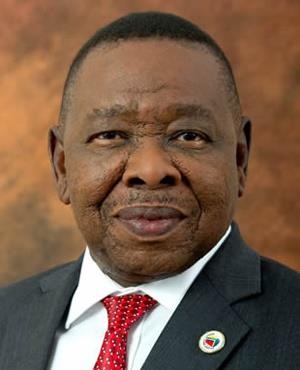 The public transport system must be subsidised in a manner that benefits the working class and the poor, Transport minister Blade Nzimande has said.

The minister was answering questions in Parliament on Wednesday. He responded to a question from Economic Freedom Fighters MP Elsabe Ntlangwini, about what government is doing to address apartheid spatial planning through the public transport system.

"There are lots of challenges with regard to public transport," he said.

Based on apartheid spatial planning, segregation persists along racial and economic lines. Part of addressing this includes establishing mechanisms to work with the minibus taxi industry and addressing problems in the Metrorail system, Nzimande explained.

Nzimande drew comparisons between the money spent on the Gautrain system, versus "hardly a cent" being used to subsidise the minibus taxi industry, which carries 68% of passengers. "It requires attention, that has to be changed," he added.

Ntlangwini also asked for an update on the renaming of Cape Town International Airport. Nzimande said the process was still ongoing, and recently the consultation phase was completed. There are a number of name suggestions, apart from Winnie Mandela, to consider.

Nzimande added that it was not his decision to make, and there are "proper rules and procedures" to arrive at an "appropriate name" for the airport.

We live in a world where facts and fiction get blurred
In times of uncertainty you need journalism you can trust. For only R75 per month, you have access to a world of in-depth analyses, investigative journalism, top opinions and a range of features. Journalism strengthens democracy. Invest in the future today.
Subscribe to News24
Related Links
Ramaphosa: African Union wants SA to manufacture trains for the continent
Gautrain irrelevant for township people, says student researcher
Some Cape Town commuters spend nearly half their income on transport - Mayco member
Next on Fin24
This too Shell pass - fight to stop Wild Coast seismic survey is not over