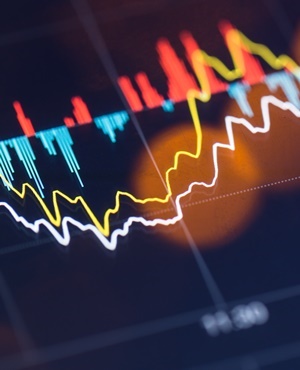 Auditors of Labat Africa, the first JSE-listed investment group to venture into cannabis earlier this year, have raised concerns about its ability to stay afloat. But the company says it's well capitalised to keep its doors open.

Labat posted a R71.5m net loss for the year ended in August on Tuesday, and its share price fell by just over 10%.

The company had warned shareholders last week that it was expecting a loss. But when its financial statements were published on Tuesday, they revealed a decline in the group's overall profit for the year by more than 600%, and almost a 3 000-fold tank in operating profit.

The operating loss - which looks purely at day-to-day activities and excludes investment performance and taxes - stood at -R63.8m, compared to a R23 000 profit in August 2018.

Labat's headline profit per share – the most preferred measure of profitability as it focuses only on operations and excludes once-off transactions – tanked 256% resulting in a R7.57 loss per share compared to a R4.86 profit per share last year.

But what led to the company's auditors citing "material uncertainty related to going concern" was the fact that Labat's liabilities exceeded its assets by R33m - a negative swing from 2018 when the group's total assets exceeded total liabilities by R24.8m.

Deterioration in Labat's current liabilities – debts and other obligations that have to be repaid in the short term – was even more pronounced, as it exceeded current assets by R52.6m.

However, Labat says despite the auditor's concerns, it will continue to trade comfortably in the foreseeable future.

"The Board has performed an assessment of the Group's operations relative to available cash resources and is confident that the Group is able to continue operating for the next 12 months," said Labat in its results booklet.

Labat's investments span energy, logistics, ICT and cannabis. It blamed the performance on the R49.2m impairment on Force Fuel, an energy company that the group acquired during the year. It said Force Fuel was "incorrectly capitalised and constrained at the time of acquisition". This was accompanied by adverse trading conditions within the fuel industry. Labat said it was sensible to impair a portion of Force Fuel's goodwill.

"The directors have taken a very cautious view of the trouble within the fuel sector to further impair the goodwill of Force Fuel on a group level," Labat said.

It also blamed the losses on the reduced operating margins within the wholesale fuel industry and its and logistics segment as the two industries came under major pressure in SA during the period under review.

See all newsletters
Voting Booth
How has Covid-19 impacted your financial position?
Please select an option Oops! Something went wrong, please try again later.
I'm not really directly affected
18% - 2113 votes
I am taking a hit, but should be able to recover in the next year
23% - 2710 votes
My finances have been devastated
35% - 4097 votes
It's still too early to know what the full effect will be
25% - 2939 votes
Previous Results
Covid-19 Money Hub
Covid-19 Money Hub - answering your business and money questions during the crisis