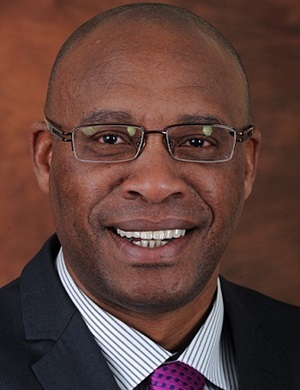 State-owned diamond miner Alexkor has been warned by auditors that its reliance on its diamond sale business as a source of income is a sustainability risk, creating uncertainty for for Alexkor's future.

Independent auditor and director of Ngubane and Company, Sicelo Vilakati, wrote in his audit report that Alexkor's financial conditions indicated "material uncertainties" which cast doubt on its ability to continue as a going concern.

The audit report, which gave the company a disclaimer of opinion, was included in Alexkor's integrated report for 2019.

Vilakati said Alexkor's financial quandary was owed to a history of losses with no operating revenue other than interest and rental income.

"We draw attention to the financial statements, which indicate that all the public entity's revenue for continuing operations was generated through the sale of diamonds," the audit report said.

Vilakati wrote that, other than its 51% in the Pooling and Sharing Joint Venture, Alexkor had no income-generating operations beyond diamond sales.

"Alexkor is exposed to financial challenges that face the PSJV, which could pose a risk to the going concern. These events or conditions along with other matters as set forth, indicate presence of sustainability risk as reliance is placed on one major revenue source," the report said.

The audit report noted that despite the best efforts of management and directors to get financial assistance for Alexkor, the department failed to respond or ensure that the entity got additional funding.

Elsewhere in the integrated report, Alexkor chair Tshediso Matona acknowledged that the PSJV reported a net loss of R63m for 2019, compared to a loss of R12m in 2018.

The audit report noted a financial impairment of R189m, incurred as a result of impairment loans to group companies after a loan to the joint venture was assessed as irrecoverable.

In 2018, Alexkkor admitted to Parliament that the PSJV was not yielding the returns that were expected, targeting 52 000 carats but only producing 41 000 carats.

We live in a world where facts and fiction get blurred
In times of uncertainty you need journalism you can trust. For 14 free days, you can have access to a world of in-depth analyses, investigative journalism, top opinions and a range of features. Journalism strengthens democracy. Invest in the future today. Thereafter you will be billed R75 per month. You can cancel anytime and if you cancel within 14 days you won't be billed.
Subscribe to News24
Related Links
Idle staff spend their days watching TV while Alexkor is in crisis, Parliament hears
Next on Fin24
Strike ends as Sibanye and gold miners reach settlement