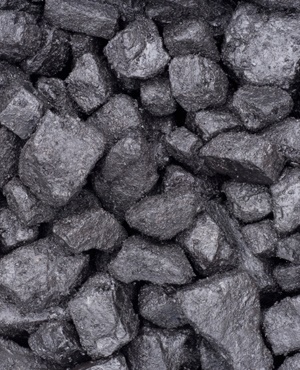 The bankrupt mine in Mpumalanga is owned by the Guptas’ Tegeta Exploration and Resources, a unit of Oakbay Investments. It used to supply coal to Eskom, but has not been operational for some time. Employees last received salaries in November 2018

Lurco was established in 2010 by businessmen Ellington Nxumalo and Aubrey Chauke. One of its largest projects is a coal beneficiation contract with Australian miner South32.

Lurco has until later this week to settle the R500m bid. Louis Klopper, the business rescue practitioner tasked with dealing with some of the Gupta companies, told Netwerk24 that a foreign-owned financier, who is supporting Lurco’s bid, has transferred a part of the money last week. The rest needs to be settled by 24 October.

If that doesn't happen, another company, Black Royalty Minerals (BRM), will buy Koornfontein. It already has the funds available, but Koornfontein's creditors voted for Lurco because its bid was higher.

Klopper said that the business rescue plan for Optimum, another Gupta-owned mine, will be published before the end of the month, whereafter creditors will get to vote on it. He told Netwerk24 that they expect resistance from Oakbay, and won't be surprised if the company applied for an interdict against the plan.

In August, the Pretoria High Court dismissed an application by Oakbay to remove the business rescue practitioners of Tegeta.

We live in a world where facts and fiction get blurred
In times of uncertainty you need journalism you can trust. For 14 free days, you can have access to a world of in-depth analyses, investigative journalism, top opinions and a range of features. Journalism strengthens democracy. Invest in the future today. Thereafter you will be billed R75 per month. You can cancel anytime and if you cancel within 14 days you won't be billed.
Subscribe to News24
Related Links
Ferial Haffajee: It's Greta vs. Gwede as SA announces new energy plan
Solar, wind favoured in new energy blueprint
Coal will 'be around for a long time', says Mantashe on energy mix
Next on Business
Grindrod eyes other avenues after mineral commodities boost half-year results