The view occupants would have from the 6th floor. (Supplied)

Cape Town - A new mixed-use development of R1.2bn in Roggebaai, right next to the V&A Waterfront, is described by Nicholas Stopforth, Amdec Property Development’s Joint MD, as what new urbanism is all about.

It adjoins the existing Harbour Bridge Hotel & Suites and Canal Quays apartments. Construction is set to start during 2015 and be completed by mid-2017. It is estimated that up to 2 000 people will be working on site during the construction phase.

Amdec is busy negotiating with an international hotel group about management of the hotel. Amdec Property Development, part of the Amdec Group, is the development managers of The Yacht Club. The Melrose Arch mixed-use precinct is part of Amdec's portfolio, for instance.

In Stopforth's view the 170 residential units will be ideal for young professionals, first-time buyers and investors, as well as corporate and long-stay accommodation. Although only one and two bedroom apartments are planned, the developers are willing, should the need be expressed, change the plans to include one or more three bedroom apartments as well.

Apartments will range from 54m² to 95m² with a starting price of R2.4m. Stopforth said there will have good security features and the design will include energy-efficient features.

"All it takes is a short walk to connect with restaurants, shopping, banking, health clubs, entertainment and much more at the V&A Waterfront, Cape Town Foreshore and the CTICC node. The Yacht Club also has easy connections to major arterial roads and direct highway links across the city and to Cape Town International Airport," said Stopforth.

On top of that, the R180m Cape Town cruise-liner terminal will be developed just to the north of the Yacht Club. It is also due for completion in 2017.

Commenting on the residential component of the new Yacht Club development, Pam Golding Properties (PGP) said it has been overwhelmed by enquiries.

“The response to our initial marketing campaign has far exceeded expectations, with enquiries from Johannesburg, Durban and locally in the Western Cape,” said Basil Moraitis, area manager for PGP in the City Bowl and Atlantic Seaboard.

“There is an acute shortage of residential stock available in the central city and especially in this precinct, and we anticipate this development will appeal to a wide profile of buyers including investors, end-users and non-resident holiday home owners."

He said the units will be particularly attractive to the investor buyer, particularly those seeking a property to accommodate adult children studying in Cape Town and wishing to establish a foothold in the property market, and ideal for those wanting to capitalise on the popularity of Air B&B rental income.

“We anticipate that the Yacht Club development will entrench the trend started by the V&A Marina development and now the expanded mixed-use node under construction at the Silos. It has become apparent that the successful rehabilitation of any industrial site is closely linked to the successful integration of residential units in that area," said Moraitis.

“There is also a worldwide trend emerging where under-utilised prime industrial waterfront sites have been repurposed into sought after residential and mixed-use nodes such as the Fisherman’s Wharf in San Francisco, the redevelopment of the waterfront precinct at Port Vell in Barcelona as a result of the 1992 Olympic Games into a highly popular tourist and residential precinct, and the extensive redevelopment around Canary Wharf in London." 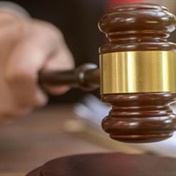