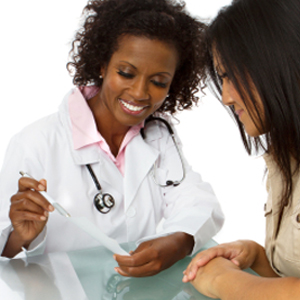 Cape Town – Clicks Group delivered another strong trading performance in the year to August 2016 as retail turnover increased by 12.8%, again highlighting the resilience of the group’s business model and the health and beauty markets in which it trades.

The total dividend was increased by 15.7% to 272 cents per share and together with the growth in the Clicks Group share price over the past year resulted in a total shareholder return of 35.3%.

Chief executive David Kneale said it is pleasing that all the group’s retail brands strengthened their competitive positions and reported market share gains in the current constrained consumer environment.

Retail health and beauty sales - including Clicks and the franchise brands of The Body Shop, GNC and Claire’s - increased by 13.5% for the year.

Clicks grew its store base to 511 with the opening of a net 25 new stores. The pharmacy network reached 400 as 39 in-store pharmacies were opened during the year. Clicks extended its footprint further with the launch of its online store offering 15 000 products, with a ‘click and collect’ facility in all stores across South Africa.

Clicks ClubCard attracted over one million new members following the successful relaunch of the loyalty programme, bringing total membership to 6.2 million active customers. ClubCard members received over R300 million in cash back over the past year.

Kneale said the group made a considerable investment in improving customer service in store, creating over 1 200 new jobs in the past year.

The group remains highly cash generative and increased cash inflow from operations to R1.85bn. During the year R876m was returned to shareholders through dividends and share buy-backs. Capital expenditure of R433 million was invested in new stores and pharmacies, refurbishments, IT systems and UPD infrastructure and warehousing.

Discussing the outlook for the year ahead, Kneale said consumer spending is expected to remain weak into 2017 as low economic growth, together with ongoing political and social uncertainty, will place further financial pressure on consumers.

“We will trade through this tough environment by providing value to customers and managing our costs efficiently.”

Kneale said Clicks has strong organic growth prospects for the medium to long term, with extensive opportunities to expand its store footprint in South Africa.

Record capital expenditure of R577m will be invested in stores, IT and supply chain to support the growth. Clicks plans to open 20 to 25 new stores and 30 to 35 new pharmacies in the 2017 financial year.

See all newsletters
Voting Booth
How has Covid-19 impacted your financial position?
Please select an option Oops! Something went wrong, please try again later.
I'm not really directly affected
18% - 1871 votes
I am taking a hit, but should be able to recover in the next year
23% - 2452 votes
My finances have been devastated
34% - 3649 votes
It's still too early to know what the full effect will be
25% - 2628 votes
Previous Results
Covid-19 Money Hub
Covid-19 Money Hub - answering your business and money questions during the crisis