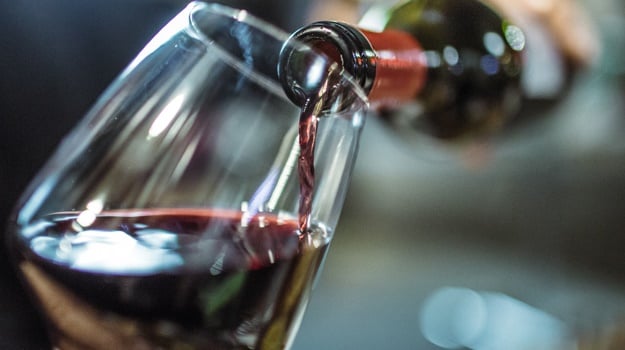 A lockdown ban on alcohol sales is forcing thirsty South Africans to get creative, from experimenting with home brews to sneaking over the border in search of a drink.

The prohibition, one of the strictest in the world, was introduced March 27 under a nationwide lockdown to control the spread of the coronavirus. While many consumers stocked up - some showing off their bounty by circulating drinking challenges on social media - the extension of the shutdown earlier this month has led some tipplers to try home brewing as their supplies deplete.

Others have taken more extreme measures of sneaking across closed borders to neighboring countries for beer.

It's also led to more direct criminal activity, with Police Minister Bheki Cele condemning the burglary and looting of more than a dozen liquor stores.

And law enforcers have also intercepted trucks carrying alcohol, including vehicles owned by Anheuser-Busch InBev SA found leaving depots with goods worth millions of rand. The company said it had permission to transport a portion of its inventory.

What's causing Distell anxiety is that, in addition to the moratorium on sales, shipments overseas have been banned, crimping exports to key markets like Europe, the US and China. South Africa's ranking as the world's ninth-biggest wine exporter is in jeopardy, CEO Richard Rushton said.

"We have nearly a half billion rand in value on open orders for export across all our categories, waiting for foreign customers in markets with no liquor ban," Rushton said in an emailed response to questions.

Distell, which competes with Pernod Ricard SA and Diageo, exports about R3 billion worth of wine, spirits and cider products a year. It's losing out on R8.2 million each day the ban remains in place. SA has foregone as much as R200 million a week in wine-export earnings during the lockdown, according to industry estimates.

"When products aren't on the shelves, consumers will try replacements and in some cases it will be a more permanent lost sale," said Syd Vianello, an independent retail analyst in Johannesburg. "After the export ban is lifted, it may also be difficult to win back shelf space."

Among the unforeseen consequences of the ban are that the government is getting less tax revenue at a time when it needs funding to revive an economy hobbled by the lockdown. Almost 60% of the cash Distell makes is paid in a combination of excise and corporate tax to local governments.

Grape and apple farmers are also struggling - Distell buys more than a third of South Africa's grapes for wine, brandy and ready-to-drink beverages and half the country's apple juice concentrate, used for cider.

And there's been an increase in the trade in illicit alcohol - an illegal industry that is likely to be maintained long after the lockdown is over, according to Distell.

It's not all been bad. One of the benefits of the alcohol ban has been that the reduction in drinking probably led to a quarter, or 9 000, fewer trauma cases in hospital wards every week, according to Charles Parry, a researcher at the South Africa Medical Research Council.

While South Africa will begin easing the lockdown at the end of April, many restrictions will remain in place, including the prohibition on the domestic sale of alcohol. It’s still not clear whether the export of liquor will be allowed.

Distell is prepared for any eventuality.

"We have prepared plans and protocols in place to transition to a safe and responsible production environment to satisfy demand, alongside any change in domestic regulations around the sale of our brands," Rushton said.