Christo Wiese is stepping down from the Shoprite board, a position he held for 41 years.
Getty Images

The announcement of Christo Wiese stepping down as chairman of Shoprite, which closed his 41-year-old chapter in the company he helped build, has also highlighted the significance companies place on corporate governance but this is something he does not necessarily agree with.

Last week, the retail giant announced Wiese would be stepping down as chairman following 61% of the retailer's shareholders voting, last year, against Wiese's return to the position he occupied since 1979. At the time, Shoprite said its next chairperson would be independent "in line with good corporate governance", something that had been an issue due to Wiese's 10.7% shareholding in the company.

"I think the corporate governance world has changed that today, the mantra is a chairman must be independent. He mustn't have a great interest in the company, I don't agree with that," said Wiese.

There’s more to this story
Subscribe to News24 and get access to our exclusive journalism and features today.
Subscribe
Already a subscriber? Sign in
Next on Fin24
Christo Wiese steps down as Shoprite chairperson after 41 years 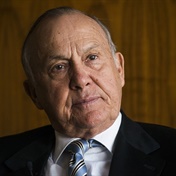