Woolies sales up more than 6% 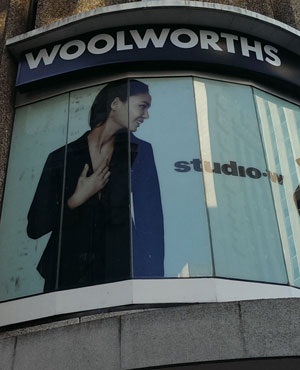 Johannesburg – Sales for retailer Woolworths are up 6.7%, compared to the previous year. However Boxing Day impacted some of its businesses.

This is according to the trading update released by the group on Thursday.

Its clothing and merchandise, and food sales each grew by 3.5% and 9.5% respectively. However sales growth for department store chain David Jones and clothing group Country Road were negatively impacted by the timing of Boxing Day, the group stated.

The inclusion of Australian men’s retailer Politix under Country Road Group was a positive. Woolworths acquired Politix last year with the expectation that it would increase the company’s earnings per share.

The group indicated that earnings per share for the 26-week period ending on 25 December 2016 would be higher than the previous year given the profit from the disposal of its David Jones Market Street property in Sydney. However growth in headline earnings per share is expected to be negative.

The group will announce its interim financial results on 16 February 2017.

Last year Woolworths financial results showed strong performance following a turnaround in some of its businesses. The group anticipated that economic conditions would become tough, as interest rates were expected to increase.

Read Fin24's top stories trending on Twitter: Fin24’s top stories
We live in a world where facts and fiction get blurred
In times of uncertainty you need journalism you can trust. For only R75 per month, you have access to a world of in-depth analyses, investigative journalism, top opinions and a range of features. Journalism strengthens democracy. Invest in the future today.
Subscribe to News24
Related Links
INFOGRAPHIC: Going green - How SA’s top 5 retailers stack up
Woolworths to buy Australian men's retailer Politix
Woolworths appoints Fyfe as new CEO for Country Road
Next on Fin24
Pep and Ackermans owner Pepkor raises R2.2 billion in bond auction as it works to slash debt