Cape Town - Johannesburg is the city in Africa where international visitors tend to spend the most - a total of $2.56bn (about R35bn) in 2016, for instance.

Most of the spending was on shopping, followed by accommodation and dining out, according to the Mastercard Global Destination Cities Index for 2016. The index ranks the world’s top 132 destination cities in terms of visitor volume and spending.

Johannesburg is well positioned to be an engine of broad economic growth for the country, according to Anton van der Merwe, head of market Development at Mastercard SA.

The city's mix of shopping, iconic attractions and tourism offerings is hitting the mark with international travellers, in his view. This is clear from Johannesburg having shown the highest year-on-year (y/y) growth in visitor numbers of all the African cities ranked in the 2016 index.

Johannesburg, for instance, reported a 4% increase in international expenditure compared to that in 2015. This is greater than SA’s gross domestic product growth of 0.3% in 2016.

About 78% of Johannesburg’s international overnight visitors in 2016 travelled from the Middle East Africa region. Mozambique was the number one country international visitors to Johannesburg travelled from, namely 1.02 million visitors or 22% of the total. The rest of the top five origin countries were Zimbabwe (841 000), Lesotho (493 000), Botswana (315 000) and Swaziland (215 000).

The index ranked Johannesburg in top spot as the most popular destination city in Africa in 2016. Last year Johannesburg had 4.57 million international overnight visitors. This is 24% more than in 2015.

According to City of Johannesburg Executive Mayor Herman Mashaba, travel and tourism play an increasingly important part in Johannesburg’s economy. Growth in this sector is creating jobs, in his view.

“Johannesburg’s malls, restaurants, trade conferences and expos, sporting and cultural events add up to a compelling tourism package that continues to attract international visitors – both from neighbouring African countries and abroad,” said Mashaba. 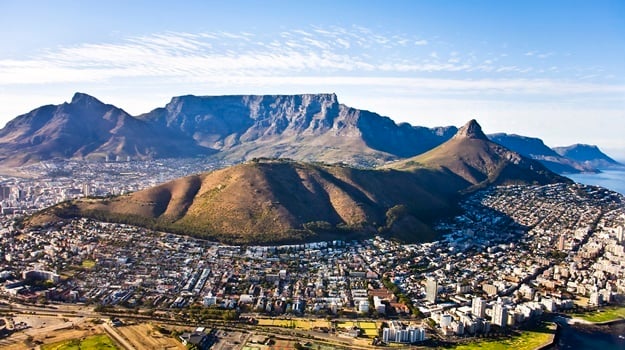 “We are seeing more people than ever visiting cities for business or leisure. At the same time, we know that people expect their experiences when traveling to be both seamless and personal,” explained Van der Merwe.

“Cities that apply technology to simplify services and connect people with their passion points can become true destination cities and realise the benefits of increased visitors and greater spending."

See all newsletters
Voting Booth
How has Covid-19 impacted your financial position?
Please select an option Oops! Something went wrong, please try again later.
I'm not really directly affected
18% - 1758 votes
I am taking a hit, but should be able to recover in the next year
23% - 2308 votes
My finances have been devastated
35% - 3458 votes
It's still too early to know what the full effect will be
25% - 2485 votes
Previous Results
Covid-19 Money Hub
Covid-19 Money Hub - answering your business and money questions during the crisis