Acting SAA CEO Zuks Ramasia, appointed on Friday, may be a victim of the glass cliff where women leaders are given top jobs in struggling enterprises thereby increasing the possibility of failure.

SAA, which is over R12 billion in the red, announced Ramasia as the acting CEO on Friday after Vuyani Jarana’s shock resignation last weekend. Jarana said he could no longer guarantee the long-term turnaround strategy for the national carrier as the airline fell between the benches of having too many bosses.

While Jarana had requested that he report only to the Minister of Finance when he was appointed in 2017, the highly regarded former Vodacom executive found himself strangled by a spaghetti of reporting lines. These included lines to the National Treasury, the Minister of Public Enterprises Pravin Gordhan as well as his own board which is now trying to smoke out who leaked Jarana’s resignation letter rather than attending to the burning runway it is a steward of.

What are Ramasia’s chances?  Ramasia is a seasoned SAA executive.  She has worked at the airline for seven years according to her LinkedIn profile and she currently holds two demanding portfolios on the SAA Exco. As head of operations, she ensures that planes get up and down efficiently – about the key role in any airline.  She is a Human Resources and Psychology Honours graduate, both disciplines that will come in handy as she traverses a terrain almost as difficult as being CEO of Eskom, the electricity utility.

The turnaround strategy is largely on ice as all hands at the airline are working on keeping the bankrupt airline afloat. The board director Martin Kingston who is CEO of Rothschild confirmed that the board is only slated to become profitable in 2021/22 which takes some pressure off the acting CEO but he also confirmed that if SAA did not urgently raise R4bn in working capital, it could be plunged into a deeper crisis.

This is on top of a debt pile of R9.2bn inherited from the era of former chairperson Dudu Myeni.  "Banks are willing to extend loans. (We have been assured) that we can access capital from the shareholder which is necessary to continue as a going concern," said Kingston.

Ramasia looked on quietly today as her acting appointment was announced; a search has commended both internally and externally for a replacement for Jarana whose experience at Vodacom and Vodaphone qualified him as a global contender. Jarana regarded his job at SAA as a public service to his country; he certainly earned a lot less than he did at the telco and possibly had headaches in multiples more.

Ramasia is likely to have a long stint as it may be difficult to find a ranking CEO willing to take the job of the boss of a bankrupted airline with so many bosses spoiling the broth.

When KPMG became ensnared in the story of state capture after it put out a dodgy report on the SA Revenue Services, it parachuted Nhlamulo Dlomo into the role of CEO to try and celebrate the ascension of a black woman to high office at one of the Big Four financial advisory service firms. But she was set up to fail and quickly quit as customers exited. Ignatius Sehoole took on that job this week.

There are so many examples of women being appointed into executive roles at burning platform companies that the practice has its own term – the glass cliff that women get tripped up on.  It is named after the glass ceiling that women leaders are said to hit to ensure they do not get into C-suites. 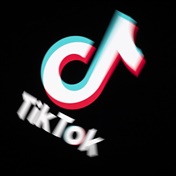