Direct investment inflows increased to R70.7 billion rand in 2018 from R26.8bn in 2017, the South African Reserve Bank said in its Quarterly Bulletin released Wednesday in the capital, Pretoria.

Ramaphosa hosted an investment summit in October in which companies including Daimler AG’s Mercedes Benz unit pledged to invest $20 billion in South Africa. The country, whose economy hasn’t expanded by more than 2% since 2013, also got commitments from China, the UK, the UAE and Saudi Arabia.

Direct investment by South African companies abroad jumped to R23.3bn in the fourth quarter, from R13bn in the prior three months after a domestic insurer acquired a company abroad, the bank said.

Foreign investors sold a net R33.9bn in stocks and bonds in the fourth quarter compared with an inflow of R17.9 bn in the three months to September 30.

Portfolio investments by South African residents abroad jumped to R29.3bn from R2.8bn over the same period largely due to companies acquiring foreign equity and debt securities. On a quarterly basis, outflows of foreign direct investment amounted to R8.2bn in the fourth quarter from an inflow of R28.7bn in the third quarter after the repayment of short-term loans by South African subsidiaries to foreign parent companies, the central bank said.

We live in a world where facts and fiction get blurred
In times of uncertainty you need journalism you can trust. For only R75 per month, you have access to a world of in-depth analyses, investigative journalism, top opinions and a range of features. Journalism strengthens democracy. Invest in the future today.
Subscribe to News24
Related Links
Many opportunities for SA, Netherlands to strengthen ties - Ambassador
Want to boost foreign investment and limit load shedding? Look to renewables
Ferial Haffajee: Unreadable Ramaphosa tanks business confidence – with a little help from Eskom
Next on Fin24
EOH made donations to ANC to clinch lucrative deals - but it's still losing money 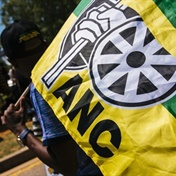