From Apple to Boeing, watch these bellwethers for signs of tariff trouble 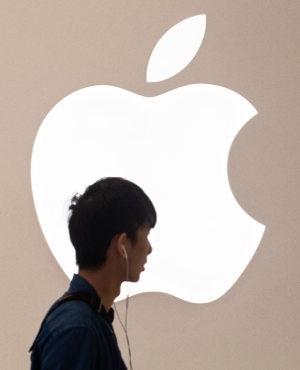 Most American companies will report second-quarter results in the coming weeks, giving us the first chance to hear directly from a wide variety of businesses since the US and China agreed to resume trade talks.

The truce followed months of tension that has caused uncertainty and logistics headaches for manufacturers, which have born the brunt of the dispute so far. Many warned in April that the worst was yet to come.

Here are five bellwethers whose earnings will be closely watched for trade war trouble or triumph:

Apple, which reports on July 30, relies on a global supply chain and had a lot to lose if President Donald Trump had proceeded with his threat to impose stiff tariffs on a new slate of imports from China. The renewed talks, which forestalled that prospect, should support the iPhone maker’s outlook, according to Bloomberg Intelligence.

Boeing was also caught in the fray. The plane maker, which reports on July 24, has been negotiating one of the largest orders ever of wide-body jetliners with Chinese airlines even as tension escalated, according to people familiar with the matter.

Caterpillar took Wall Street by surprise twice this year with a downbeat outlook on China. Its results on July 24 may give insight on the world’s second-largest economy’s construction sector.

Global automakers are among the biggest losers of tariffs and a slowdown in the Chinese market. Look for Ford Motor’s results on July 24 and General Motors’s on August 1. Harley-Davidson is another company to watch for fallout.Intel

China is a major market for the semiconductor industry. Intel, which reports on July 25, said in April that a drop in orders had been more pronounced in the country. The chip industry was also hit by the Trump administration’s sanctions on Huawei Technologies, dealing a blow to suppliers like Micron Technology.

Related Links
WATCH: US-China trade talks set to resume next week
Stocks rally once again on trade war optimism
Gold sinks most in a year as trade truce deals blow to bulls
Share
Next on Fin24
South Africa tries to recover over R400m from SAP for 'unlawful' contracts