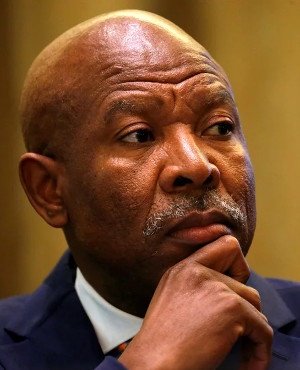 President Cyril Ramaphosa met with the Board of the South Africa Reserve Bank (SARB) on Friday, the Presidency said in a statement.

The meeting, which took place at the Sefako Makgatho Presidential Guesthouse in Tshwane, was called to discuss vacancies which have arisen in the executive leadership of the central bank, the presidency said.

The vacancies relate to the resignation of Deputy Governor Francois Groepe in January this year and the expiry of Deputy Governer Daniel Mminele's term at the end of June.

"According to the South African Reserve Bank Act, the Bank is managed by a board of 15 directors including the Governor, three Deputy Governors and three other directors, all of whom are appointed by the President after consultation with the Minister of Finance and the Board," the presidency said.

"The President has welcomed the engagement with the Board and will be applying his mind to its recommendations. The President has reiterated his commitment to safeguarding the high reputation the SARB enjoys in the international financial community and markets and is committed to ensuring directors of a high calibre ... are appointed."

Related Links
Kganyago says forecasting model suggests there may be room for rate cuts
Sunday Read: TIMELINE - When the Reserve Bank has come under fire, and what Kganyago did about it
Lesetja Kganyago: 'Barbarians at the gate of the SARB'
Share
Next on Fin24
INTERVIEW | Cashbuild's biggest acquisition in eight years marks a major shift in strategy