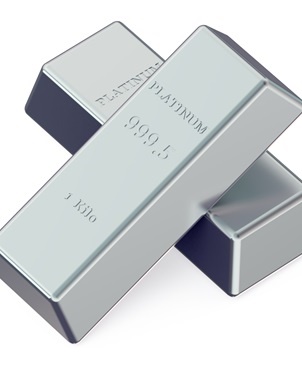 The platinum producer announced its audited annual results for the year ended December 31, 2018 on Tuesday.

It also reported a 55.7% decline year-on-year in its headline earnings per share, to 25 cents.However, it said, it had taken a "rapid response to tough market conditions". It also credited an increase in the price of the metals it produces with boosting earnings.Shares in Royal Bafokeng Platinum were trading at R31.50 at 11.09 on Tuesday, down 4.52%.

RBPlats noted that its overall platinum production was up 12.7% year-on-year, with the inclusion of Styldrift’s on-reef development.

Earnings per share were negatively impacted by the scrapping of feasibility costs previously capitalised, the statement said, particularly regarding a concentrator plant originally intended to handle output from the Styldrift mine.

Another factor was R40.8m in care and maintenance costs on the new Maseve concentrator and mine.

An ongoing challenge was achieving the goal of "zero harm", the statement said, with two fatalities having occurred at RBPlats' operations during the year.

There had been some progress, however. Styldrift had remained fatality-free for two years, the company said.

The statement also gave an update on the acquisition of Amplats' 33% interest in Bafokeng Rasimone Platinum Mine joint venture.

The first phase was funded through a combination of cash, equity and debt, with RBPlat issuing shares to investors to raise R239.9m as part settlement of the acquisition. The R314.8m refund of contributions made by Amplats to the joint venture in the interim was settled from cash and facilities on hand. The remaining deferred consideration of R1.6bn is due to be paid to Amplats, either in cash or equity, in three annual installments.