Chairperson of media group Independent Media and the head of Sekunjalo, Iqbal Surve gives evidence during the Judicial Commission of Inquiry into the Public Investment Corporation on April 02, 2019. (Photo by Gallo Images/Phill Magakoe)

Iqbal Survé’s Ayo Technology Solutions already faces an existential threat from the PIC and now has to contend with a new blow – its most important client, Sasol, is running for the hills.

On 20 December 2019 Ayo Technology Solutions released an interim set of financial statements for the year to the end of August.

It coyly noted that an unnamed “significant customer” had “purported” to cancel its deal with Ayo, giving the embattled company a six-month notice period, set to run out at the end of March 2020.

The significant customer is Sasol and the deal is a seven-year contract worth R2.3bn that has been providing a huge chunk of Ayo’s income.

Clinching the Sasol deal was ostensibly the whole reason that the listing of Ayo had to be rushed through in December 2017 – causing the PIC to flagrantly upend its usual due process to invest R4.3bn for overvalued shares, now worth only R131m at Monday’s share price.

The PIC claims the investment was irregularly approved by among others its former CEO Dan Matjila.

Sasol’s identity as the  “significant customer” is thinly disguised in Ayo’s financials, which have yet to be fully audited.

They mention that Ayo and the customer “concluded an ICT Master Service Agreement in May 2018 whereby Ayo would render to the significant customer a host of ICT services effective from 1 July 2018”.

Those dates correspond exactly to the jubilant announcement of the Sasol deal in the Independent News and Media newspapers controlled by Survé. The papers also called it a “master services agreement”.

An insider with extensive knowledge of Ayo’s workings confirmed that “it’s definitely Sasol”.

In sworn testimony before the Mpati Commission of Inquiry into the affairs of the PIC, Survé himself said that Sasol was the reason for Ayo embarking on an “accelerated listing”.

Former Ayo chief executive Kevin Hardy similarly testified at the commission that “Sasol was instrumental in the process and to the value of Ayo.”

Hardy told the commission the contract went live with Sasol in July of 2018, again matching the date given for Ayo’s “significant customer” that is now trying to get out of its contract.

Ayo’s financials state that Ayo “disputes this significant customer’s right to cancel the agreement” and that it has invoked the arbitrations provisions under the agreement.

Sasol declined to comment. “Please will you contact Ayo in respect of their disclosures,” spokesperson Matebello Motloung said in response to amaBhungane’s questions.

Ayo, by way of spokesperson Kaz Henderson, said that it “is currently not able to reveal who the client is or comment as the matter is following due process”.

Losing Sasol would be a major blow.

When Ayo listed, it had two major plans on the horizon. It was going to spend R1bn of the PIC’s money buying a 30% share in British Telecoms South Africa (BTSA) from its own parent company, the Survé-controlled African Equity Empowerment Investments (AEEI).

After acquiring the BTSA stake, Ayo was going to conclude a parallel “alliance agreement” with BTSA whereby Ayo would bid for the Sasol work using BTSA as its subcontractor. Sasol was already a BTSA client, but the new arrangement still had to go through a bidding process with six other companies in the running.

The alliance agreement went ahead, but BTSA baulked at the sale of its shares to Ayo after the first negative reports about the PIC investment started appearing in media. It is the Sasol work being done in terms of this alliance agreement that Ayo now stands to lose.

In the interim financials, Ayo disclosed that a significant portion of its increased earnings flowed from “the contract with a multinational company [commencing] in July 2018”.

“Revenue of R430m was generated in relation to this contract, of which the gross margin amounted to R121m.”

At the Mpati commission, Hardy said that there was panic about getting the Sasol job clinched.

“The business was heading towards its first reporting period at the end of March 2018 and there were concerns that we had not closed the Sasol deal yet and that we needed to announce something positive to the market to justify the investment the PIC had made,” he said.

“Unfortunately due to all the media noise, Sasol were also getting nervous about the contract to the extent that we were sent a note by Sasol putting the contract on hold until further notice… [N]umerous emails were written and commitments made to Sasol. Sasol would not allow Ayo to announce the deal until all their concerns had been addressed.”

Losing its most prominent customer is just the latest in a series of set-backs for the company.

Ayo has also lost its auditor, BDO, which decided to abandon ship at a number of Sekunjalo companies late last year. The Financial Services Conduct Authority has also raided the major Sekunjalo companies’ offices, including Ayo, in relation to apparent share price manipulation.

Worst of all, the PIC is suing to get its entire R4.3bn back, with interest, while Ayo has only R3.68bn cash left after making a number of acquisitions, paying out R221m in dividends as well as making a number of loans to related companies.

Another R55m in dividends was declared in the new financial report while Ayo also announced some new acquisitions made after the end of the period covered by the financials.

AEEI released its own financial statements on the same day as Ayo and it appears that the Ayo dividend is simply being passed on to AEEI shareholders. AEEI, which owns 49% of Ayo, declared a dividend of R29.5m, 60% of which goes to the Survé family, via Sekunjalo.

On Wednesday evening, 22 January, Ayo issued the following statement on the JSE Stock Exchange News Service in response to this story:

Shareholders are referred to the article released by amaBhungane on 22 January 2020 regarding the ICT Master Services Agreement entered into between AYO and Sasol Limited. AYO wishes to provide additional information not included in the Article for the benefit of its shareholders.

AYO previously disclosed to shareholders in its Reviewed Results for the year ended 31 August 2019 released on sens on 20 December 2019 that a significant customer gave AYO six months’ notice purporting to terminate the Agreement and that Ayo had disputed the right to cancel and that AYO had invoked arbitrations provisions under the Agreement.

As the issue in dispute concerns the proper interpretation of the early termination provision, AYO, as set out in the Reviewed Results, formally declared a dispute under the Agreement. The contractual provision provides for an internal mechanism for resolving the dispute failing which the dispute must go to arbitration. AYO committed itself to this process.

Notwithstanding the dispute, AYO continues to render ICT services to Sasol pending the finalisation of the arbitration and High Court proceedings. AYO is committed to finding a mutually-acceptable solution with Sasol to the matter. The outcome of the legal proceedings will be communicated in due course.

The amaBhungane Centre for Investigative Journalism, an independent non-profit, produced this story. Like it? Be an amaB supporter to help it do more.

We live in a world where facts and fiction get blurred
In times of uncertainty you need journalism you can trust. For only R75 per month, you have access to a world of in-depth analyses, investigative journalism, top opinions and a range of features. Journalism strengthens democracy. Invest in the future today.
Subscribe to News24
Related Links
PIC investment in Ayo was Surve's piggy bank, Sunday Times reports
Analysis: How ex-PIC boss swallowed Iqbal Survé’s Indy lemon
Ferial Haffajee: Iqbal Survé and how not to lead
Next on Fin24
Trump TikTok restrictions blocked by judge in win for users 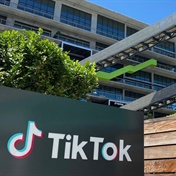