'Unicorns' that wowed Silicon Valley are stumbling on Wall Street The so-called "unicorns" that lured big investments and took Silicon Valley by storm are facing a chillier environment as they turn to Wall Street for fresh capital.

The startups earned the unicorn moniker for quickly reaching valuations of more than a billion dollars without hitting public markets, considered a rare feat until a few years ago.

But some of the most prominent unicorns have stumbled on Wall Street, with investors cautious about their profit potential as well as an uncertain economic outlook.

Uber, which was the biggest of the unicorns and had hoped for a valuation of $100bn, is worth around half that now, and its shares have skidded some 30% since its initial public offering (IPO) in May.

Rideshare rival Lyft has fared even worse, with a 40% drop since its IPO early this year.

WeWork parent We Company, another massive unicorn valued at some $47bn based on private funding rounds, shelved plans for its IPO this month and replaced its top executive Adam Neumann after a series of missteps and governance questions surrounding the fast-growing office-sharing startup that spooked investors.

Nathan Thooft, a portfolio manager at Manulife Asset Management, said some of the big unicorns may have waited too long to list on Wall Street.

"Some of these big names like Uber have had their fastest growth in the past," Thooft said.

"They had massive growth in the pre-IPO years. They're coming to the market at a time where their growth is actually slowing."

The chilly reception for the biggest startups has created a tough environment for other privately funded startups.

Connected fitness equipment maker Peloton, seeking to ride the unicorn wave, lost 11 percent as it began trade on Wall Street in the past week.

Amid this unwelcoming environment, Airbnb, one of the biggest unicorns still on the sidelines, recently said it would hold off on its IPO until 2020. The Hollywood agency Endeavor, another startup with a multibillion-dollar valuation, postponed its planned IPO at the last minute.

Despite some of the high-profile stumbles, the IPO market has been generally positive. According to Renaissance Capital, newly listed firms this year are up 25.4% compared with the broad market rise of some 20 percent.

Success stories include the video conferencing startup Zoom, up 110% over the past five months, and the vegan protein maker Beyond Meat, which has gained 500% since its April listing.

Garrett Black, analyst at the financial data firm PitchBook, said the startups need to offer a clear view of their business plan when they come to Wall Street.

"Basically, companies will be forced to be more disciplined with their capital when it comes to spending, as well as scrutinize their balance sheets and growth paths much more closely," Black said.

That is a shift from raising money from venture investors who are looking for growth but willing to take greater risks, he added.

Many on Wall Street are still mindful of the 1990s internet bubble, but some analysts say the environment is different today, with investors more skeptical.

In that respect, the thrashing of some of the high-flying unicorns could be seen as a healthy development, according to University of Florida finance professor Jay Ritter.

"Valuations have gotten frothy, but a sanity check has occurred," Ritter said. 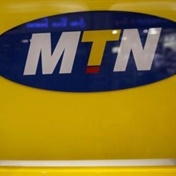 See all newsletters
Voting Booth
Do you think it was a good idea for the government to approach the IMF for a $4.3 billion loan to fight Covid-19?
Please select an option Oops! Something went wrong, please try again later.
Yes. We need the money.
11% - 886 votes
It depends on how the funds are used.
74% - 5857 votes
No. We should have gotten the loan elsewhere.
15% - 1177 votes
Previous Results
Covid-19 Money Hub
Covid-19 Money Hub - answering your business and money questions during the crisis