7 things on new SARS head Edward Kieswetter's To Do list

New SARS commissioner Edward Kieswetter officially took up the reins at the start of May 2019. Upon his appointment, President Cyril Ramaphosa said he had "every confidence" that Kieswetter had the "experience, integrity and skills" to turn around the beleaguered tax agency.

Here's what is facing Kieswetter as he steps into office.

Upon announcing his appointment, Finance Minister Tito Mboweni congratulated Kieswetter and wished him well in "implementing the recommendations of the Nugent Commission and restoring SARS to a world-class organisation". These recommendations included a review of procurement processes, the re-establishment of the Large Business Centre and other units dismantled by former commissioner Tom Moyane, and the re-evaluation of all posts at SARS. This would include redeploying staff where they might better contribute, or recruiting former employees.

The tax agency has fallen short of its revenue collection targets, and earlier in April, it announced that it had collected R1 287.6bn in tax for the financial year ended March 31 2019, some R14.6bn less than what was estimated in the revised Budget.

The 2019 revised Budget estimated a tax haul of R1 302.2bn for the past financial year.

SARS attributed the larger deficit to an increase in refunds paid out.

In the same announcement, Ramaphosa said he believed Kieswetter had what it took to "develop future leaders for the organisation".

Speaking at the Nugent Commission in 2018, former acting commissioner Mark Kingon said SARS leadership was "broken and unstable and racked by division and distrust". The agency needed "visionary leadership" going forward, he said.

Ramaphosa also referred to Kieswetter needing to restore the revenue service's credibility. This echoed the sentiments of former finance minister Nhlanhla Nene, who previously said there was no mission more important than restoring SARS' credibility in the public's eyes.

Without going into detail, Ramaphosa said Kieswetter should "[redirect] operations toward innovation". The selection panel also specified that the new commissioner must have a strong interest in technology.

The revenue service has faced challenges in this area, however. The Nugent commission found that Moyane had stopped the drive to modernise systems.

Meanwhile, the revenue service's embattled IT head, Mmamathe Makhekhe-Mokhuane, has approached the CCMA, saying she is being bullied to resign, News24 reported.

She went viral following an ill-fated television interview, when she asked a television reporter to "protect me from yourself".

6. Cracking down on illicit trade

SA has reportedly lost over R6bn in the space of a single year in illicit alcohol trade and loses around R8bn per year to illicit tobacco trade.

SARS has already been working on beefing up its fight against illicit trade since Mark Kingon took over as acting commissioner from Tom Moyane, who was suspended and later fired in 2018. Under Kingon, the agency revised a unit probing the illicit economy. The unit was one of several shut down under the now-infamous business restructure model ordered by Moyane, Fin24 earlier reported.

The revenue service earlier in the week issued a tender in the fight against illicit trade, in the form of a track-and-trace marker that would help it keep tabs on tobacco trade.

7. Cracking down on errant taxpayers

Kieswetter previously told media the revenue service would be prosecuting "without fear or favour" where taxpayers were non-compliant. And judging by the new tax boss's Twitter timeline, he's already got a beady eye on anyone not toeing the line.

Corruption & theft by anyone is a crime & punishable. So is not paying your taxes.... https://t.co/1FgCb835Fk 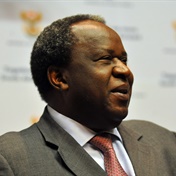