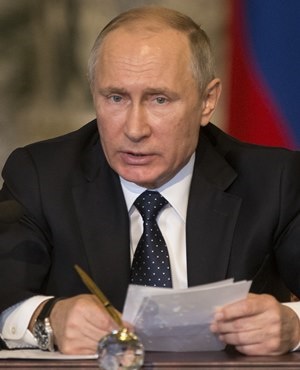 Cairo - Egypt and Russia have signed a $30bn deal to build North Africa’s first nuclear power plant as the Kremlin moves to expand its influence in the region.

The project increases Russia’s economic presence and political influence in the Middle East, already on the rise since Putin intervened in Syria’s war in 2015 and began a more active role in Libya, conflicts where he and El-Sisi see eye to eye. The Cairo visit comes less than two weeks after the countries said they were in talks to use each other’s military air bases.

El-Sisi praised the closer ties with Russia, saying in a press conference the relationship was based on “strength and continuity” on regional and economic issues. The Egyptian leader said he and Putin agreed to “settle any hurdles confronting the projects we plan to implement”.

Russia and Egypt agreed three years ago to begin work on a nuclear power project, with Russia’s state nuclear monopoly Rosatom, initially expecting the deal to be sealed in early 2016. But progress was delayed after the 2015 bombing of a Russian airliner over Egypt which killed 224 holidaymakers.

Russia suspended flights to Egypt after the bombing by a local affiliate of Islamic State, dealing a major blow to tourism as the country sought to revive an economy battered by political upheaval since the 2011 uprising. Putin said Egypt had worked hard to improve airport security. Russian Transport Minister Maxim Sokolov said the two countries had agreed on a draft protocol to resume direct Moscow-Cairo flights.

Flights will restart a month and a half after the protocol is signed. No decision has yet been taken on the resumption of Russian charter flights to Egypt’s Red Sea resorts, he said. On the eve of Putin’s visit, banners for Aeroflot passengers could be seen at Cairo airport.

Rosatom plans to commission the first unit of the El Dabaa power plant in 2026, the company said in a statement after the signing. It will also supply nuclear fuel to each of the four 1 200MW reactors throughout the plant’s entire operational lifetime.

The project, which is to be built about 130km northwest from Cairo, will cost an estimated $30bn and Russia is expected to provide a $25bn loan.

“We have finalised technical, financial and legal aspects of the deal,” Electricity Ministry spokesperson Ayman Hamza said by phone. The remaining phases would come online one or two years after the first.

Egyptian newspapers hailed the deal as a historic moment for Egypt, the second-largest energy-consumer in Africa after South Africa, currently home to the continent’s only nuclear power plant. Egypt was the fastest-growing energy market in the Middle East and Africa last year, according to BP Plc statistical reports.

Russia has a history of pursuing large-scale energy projects in Egypt, often as part of a broader effort to challenge U.S. political, military and economic influence. The Soviet Union helped build the Aswan High Dam in the 1960s.

Moscow was a major power in the Middle East during the Cold War, arming Arab states against Israel. Its influence waned with the collapse of communism, leaving the US as the pre-eminent force.

We live in a world where facts and fiction get blurred
In times of uncertainty you need journalism you can trust. For only R75 per month, you have access to a world of in-depth analyses, investigative journalism, top opinions and a range of features. Journalism strengthens democracy. Invest in the future today.
Subscribe to News24
Next on Fin24
Zimbabwe central bank, business explore way to halt currency plunge