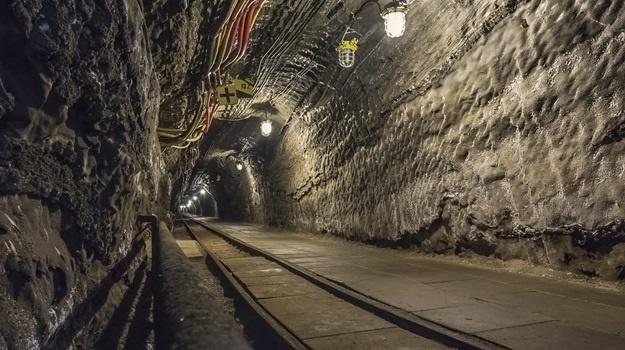 A project that aims to develop Zimbabwe’s biggest platinum mine has cleared a significant hurdle, with the African Export-Import Bank completing a due diligence study allowing it to proceed with a $500 million syndicated funding program.

While some work has started on the mine, with $100 million spent to date including exploration costs, a significant amount of investment will now be needed if Great Dyke Investments, owned by Russia’s Vi Holding and Zimbabwean investors, is to complete the $2 billion project.

“The project funding structure envisages participation of various types of equity investors as well as lenders,” Alex Ivanov, GDI’s chief executive officer, said in response to emailed questions. “The specific stake to be acquired by potential investors would largely depend on their overall appetite for the project.”

Ivanov confirmed the completion of the due diligence program and said he expects the funding to be in place by year end. Humphrey Nwogo, Afreximbank’s southern African chief operating officer declined to comment, citing client confidentiality.

The so-called Darwendale project, which lies 65 kilometres from the capital Harare, is central to the Zimbabwean government’s plans to revive its stagnant economy. The country has the world’s third-biggest platinum reserves after South Africa and Russia.

Still, the country is struggling to attract foreign investment. It’s unable to pay its debt to multilateral organizations such as the World Bank and has been criticized by potential lenders for its poor economic management and human rights abuses.

Even so, the activity at the mine site is a rare sign of potential investment in a country that seen’s its currency collapse and inflation surge to more than 700%.

On a recent visit some workers were seen drilling for ore samples while others constructed roads needed for earthmoving equipment. Training of crews to operate that equipment was also taking place.

Commissioning of the mine could begin in 2023 if funding is forthcoming, Ivanov said. When complete it is expected to produce 860,000 ounces of platinum group metals and gold a year.

If successful, GDI will join South African companies Impala Platinum [JSE:IMP] and Anglo American Platinum [JSE:AMS] in producing the precious metal in the company. Karo Mining, a Cypriot company, is also planning to develop a large platinum mine in Zimbabwe. Platinum, along with gold and diamonds, is a key source of foreign exchange for Zimbabwe.

We live in a world where facts and fiction get blurred
In times of uncertainty you need journalism you can trust. For only R75 per month, you have access to a world of in-depth analyses, investigative journalism, top opinions and a range of features. Journalism strengthens democracy. Invest in the future today.
Subscribe to News24
Related Links
Tharisa has right to sell all of $4.2bn Zimbabwe platinum mine
Zimbabwe, Russia finalise deal for R55bn platinum mine
Zimbabwe to scrap platinum and diamond mine ownership rules
Next on Fin24
After two decades of rot, Zimbabwe is coming apart at the seams