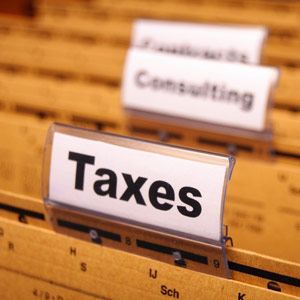 Cape Town – Tax practitioners who provide taxpayers with advice or complete tax returns for a fee have until July 1 2013 to find a home with a controlling body if they want to be recognised under the new Tax Administration Act.

They also have to be registered with the South African Revenue Service (Sars) by July 1 this year, in terms of the act which came into effect in October 2012.

Those who fail to do so will face legal action.

This will shield taxpayers from unprofessional conduct by tax practitioners which could potentially place both their funds and reputation at risk, said Sars spokesperson Adrian Lackay.

The new regulations aim to hold tax practitioners accountable for the advice they give to taxpayers, and also to rid the industry of rogue practitioners.

It also gives more teeth to these bodies, allowing them to take disciplinary action against practitioners who contravene the controlling body’s rules of conduct.

Controlling bodies can now enforce minimum qualifications and continuing educational requirements, ensuring that the taxpaying public is no longer at the mercy of practitioners who are not up to speed with the latest developments, said Tickle.

Lackay said taxpayers will now have the comfort of knowing that their tax advisers meet minimum standards, undertake continuing professional education and are subject to a disciplinary code.

“The negative is that highly experienced and qualified tax practitioners may not be able to practise legally unless they comply with the requirements of a controlling body to which they are required to belong.

“Some taxpayers may suddenly find they can no longer use the tax practitioners they have used and been comfortable with for many years,” said Tickle.

Saica welcomed the legislation, saying it believes the tax profession should be regulated.

“Saica was not in favour of a statutory regulator that would regulate and provide services to tax practitioners,” said Piet Nel, Saica’s project director for tax.

“In a round table meeting on regulation in 2009, Saica along with Saipa, Sait and the Law Society of South Africa agreed that an accreditation model for professional bodies, such as those found in the law fraternity, were a better alternative than a statutory regulator.”

For Sars an unregulated industry meant spending a great deal of time and energy in correcting errors caused by the unprofessional conduct of a small but significant number of tax practitioners, according to Lackay.

Lackay said Sars is engaged in a number of initiatives aimed at improving the compliance culture and reducing the tax gap in South Africa.

“The second phase will be the establishment of an independent regulatory board for tax practitioners." This will start with a review of the first phase 18 months after its implementation, said Lackay.

Share
Next on Fin24
Covid-19 relief will be audited, warns labour minister as he vows fraud crackdown