Cape Town - A large Danish trade mission visiting South Africa from November 2 to 4 will aim to further expand the historic and strategic cooperation between the two countries.

"We have had trade missions to SA before, but this is the first time it is so big - almost 50 Danish companies - and accompanied by His Royal Highness Crown Prince Frederik of Denmark together with Denmark’s Minister for Environment and Food Eva Kjer Hansen and Minister for Business and Growth Troels Lund Poulsen," Denmark's ambassador in SA Trine Rask Thygesen told Fin24 on Tuesday.

She said some of the Danish companies taking part in the trade mission already have operations in SA, while others are new to the SA market.

The three key focus industries for the trade delegation are energy, water and environment and agriculture and food. Thygesen said Danish companies are world leaders in some of these industries.

She also pointed out that the SA–Danish energy programme seeks to promote the use of renewable energy in South Africa. As a result, a substantial number of wind farms in South Africa currently feature Danish wind energy technology.

"Denmark and SA have a long partnership. It used to be based on development assistance from Denmark, but the last few years it has been more about technical assistance," explained Thygesen.

"We are working with the SA minister of energy on renewable energy and have been asked for assistance by the SA Ministry of Water and Sanitation as Denmark has worked with water efficiency for many years. We want a win-win situation for both Denmark and SA."

She emphasised that the trade delegation is interested in opportunities in both the public and private sector in SA.

The delegation's programme will include visits to Johannesburg, Cape Town, Darling and a wind farm in Tsitsikamma in the Eastern Cape, which will use 31 Vestas wind turbines. Danish companies specialising in wind energy will also attend the annual Windaba conference. 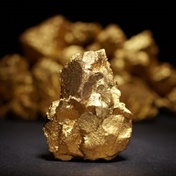 See all newsletters
Voting Booth
How has Covid-19 impacted your financial position?
Please select an option Oops! Something went wrong, please try again later.
I'm not really directly affected
18% - 1715 votes
I am taking a hit, but should be able to recover in the next year
23% - 2248 votes
My finances have been devastated
34% - 3348 votes
It's still too early to know what the full effect will be
25% - 2436 votes
Previous Results
Covid-19 Money Hub
Covid-19 Money Hub - answering your business and money questions during the crisis