Nersa will make Eskom tariff decision at the end of June 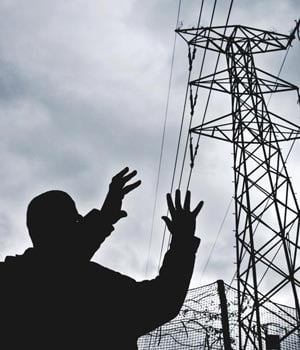 Cape Town - The National Energy Regulator (Nersa) will only make a decision whether it will authorise Eskom’s application to hike tariffs by 25.3% on June 29, 2015.

Nersa said in a statement that it had determined the timelines for processing Eskom’s application for the selective reopening of the Third Multi-Year Price Determination (MYPD3) decision for the 2015/16 to 2017/18 period on Wednesday.

Energy expert Chris Yelland tweeted that the public should bear in mind that Eskom already implemented approximately half of the 25% increase for which it is making an application on April 1.

Last week, Nersa announced that it had received Eskom’s application for the re-opening of tariff negotiations for 2015-16.

Eskom needs R32.9bn to supplement its generation capacity with open-cycle gas turbines and R19.9bn for its short-term power-purchasing programme and the impact of the increase in environmental levy, according to a Nersa statement.

From 1 April, direct Eskom customers pay 12.6% more for electricity and Eskom charges municipalities 14.2% more. Households will only know in July how their municipalities will pass on their tariff increases.

“Nersa would like to encourage stakeholders and the public to actively participate in this process by submitting written comments and attending or making oral representation at the public hearing to be held from 23 to 24 June 2015,” it said in a statement.

Written comments can be forwarded to mypd3@nersa.org.za or hand-delivered to Kulawula House, 526 Madiba Street, Arcadia, Pretoria or posted to PO Box 40343, Arcadia, 0083, Pretoria, South Africa. The closing date for written comments is 15 June 2015 at 16H00.

Eskom’s MYPD3 selective re-opener application is available on the Nersa website at www.nersa.org.za

- With additional reporting from Netwerk24.

We live in a world where facts and fiction get blurred
In times of uncertainty you need journalism you can trust. For only R75 per month, you have access to a world of in-depth analyses, investigative journalism, top opinions and a range of features. Journalism strengthens democracy. Invest in the future today.
Subscribe to News24
Related Links
Eskom says tariff hike could earn it nearly R40bn
Nersa receives Eskom's urgent 25.3% tariff hike request
Next on Fin24
Find your load shedding schedule