Eskom hits back as opposition to tariff hike grows 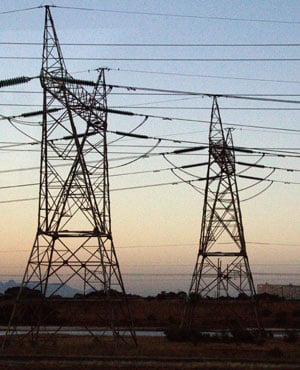 Eskom has applied for a R22.8bn adjustment for its 2013/2014 financial year. If this is granted, it is expected to lead to a tariff hike of least 16%, the City of Cape Town told the panel on Monday.

The regulatory clearing account (RCA) application by Eskom is for cost recovery and revenue adjustments based on actual past variances and not a revenue application based on future estimates.

The Cape Chamber of Commerce and Industry (CCCI) told Eskom to bring its own costs under control before asking business and customers to pay increased tariffs.

Addressing the Nersa panel, CCCI executive director Sid Peimer said the chamber could not support the full tariff increase as "2016 will be a tough year for business".

Opperman said the R255m cost of electricity for the entire industry would increase dramatically and that food security in South Africa would be in severe jeopardy should the tariff hike be granted.

Eskom hit back in a statement on Tuesday, saying some presentations before Nersa contained gross misconceptions and mostly referred to the detrimental impact of load shedding on the economy.

It said the claim by Peimer that Eskom’s RCA submission is full of errors is unfounded and cannot be left unchallenged, while Opperman mischievously exhibited mealie cobs in his bid to show how Eskom has impacted agri-business.

"We have complied with MYPD (multi-year price determination) methodology rules and have also independently verified the application through auditing firm Deloittes. We therefore have comfort that there are no errors in our application.

"We (also) don’t believe that our activities could have impacted the agricultural sector to the extent that it was alleged by Mr Opperman as load shedding was implemented for only 13 hours in 2013/14 (the year to which the RCA submission relates)."

The state utility said its activities during the RCA period were aimed specifically at minimising the impact of load shedding and that it is sensitive to the impact the RCA submission has on the wider economy.

"To this end, we have optimised our capital and put in a cost-saving programme that will yield about R60bn over the five years of the MYPD3 period to ensure that we remain efficient in our operations. Additionally, we have not claimed R10.5bn of costs incurred by Eskom that are not recoverable under current RCA methodology."

Meanwhile, a representative of the One Million Climate Jobs Campaign criticised Nersa for conducting the hearings at the Cape Town Convention Centre.

Sizwe Manqele from the campaign’s provincial working group told the Nersa board that “the voices of the people are not being heard” and that "the community is disadvantaged by the hearings being hosted at the CTICC".

He called on Nersa to take the hearings to township areas like Khayelitsha in Cape Town and KwaMashu in Durban.

The hearings continue in Port Elizabeth on Wednesday, and move to Durban on January 21 and 22.

The regulator is expected to make its decision by February 26 2016.

Voices of poor not heard at Eskom hearings - climate group

Eskom must cut own costs before demanding hikes - chamber

SA not ready for another unaffordable tariff hike, Nersa hears