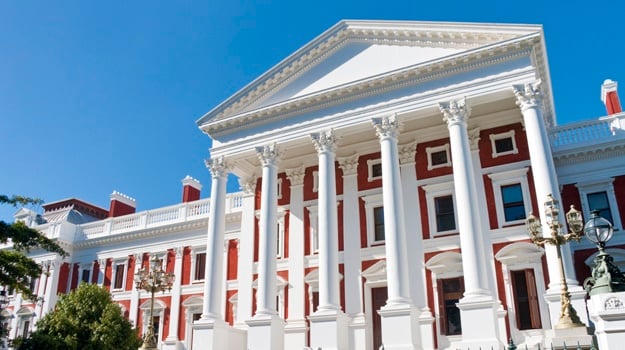 “From my research, a new nuclear fleet would be extremely difficult to finance with our current fiscus status,” he said.

President Jacob Zuma reshuffled his Cabinet on Tuesday, placing a new minister in the Energy portfolio for the second time this year.

This time, David Mahlobo was made Energy Minister. As State Security Minister, Mahlobo was part of Zuma’s visit to Russia in 2014, where reports alleged he signed a secret nuclear energy deal with Russian President Vladimir Putin.

With Zuma’s future uncertain, analysts believe the president is eager to push through the programme, which had been suspended by a court this year.

Eberhard said there has been a 400% electricity price increase over the last 10 years, which is highly unusual. “This has had a serious impact on the economy,” he said.

“The increases are mostly due to Medupi and Kusile, which has added massively to Eskom’s finance costs. An increase in coal costs are also contributing to this.

“The price should not have been much more than inflation,” he said. “If you look at renewable IPPs, there has been a 78% decrease in solar PV prices in last five years. This points to the fact that Eskom’s price increases are out of synch.”

Why is Eskom against corrupt-free green IPPs? - Eberhard

Professor Anton Eberhard said it was interesting that suspended Eskom executive Matshela Koko was so against the renewable energy IPP programme, while being implicated in colluding with the Guptas on coal contracts.

“What kind of interest does Koko have in coal sector that he has not had in the IPP sector,” Eberhard said the inquiry into Eskom should ask.

“In contrast with what is happening at Eskom, the IPP programme – with 92 projects worth R190bn –has not been implicated with corruption. It is the cleanest programme run by government,” he said.

Mmamoloko Kubayi, who was removed as Energy Minister on Tuesday, said Eskom must sign the independent power producer (IPP) power purchase agreements (PPAs) by the end of October.

Kubayi said the tariffs have to be renegotiated and can't be more than 77 cents per KWh, as she said the current prices are unaffordable for Eskom.

"All future programmes to be put on hold until a proper review is done and to allow the IEP (Integrated Energy Plan) and IRP (Integrated Resource Plan) to be concluded that will give indication of the capacity we need," she said.

This process is expected to be finalised before the 2018 Budget tabled by Finance Minister Malusi Gigaba.

Is Eskom corrupt, or is it a few rotten apples?

ANC MP Zukile Luyenge wants a list of corrupters and ‘corruptees’. “If it is individual practises of people trying to solicit their riches from being a part of this institution, we need to know who these people are,” he said.

“Is it a collective decision by the Eskom board to loot, or is it an individual? We should see the difference.”

Professor Anton Eberhard said we know a lot about individual instances of corruption, but it is connecting the dots of why certain board members got involved. “Why did ministers intervene at certain stages,” he said, saying the inquiry will have to ask these important questions.

“Let us recognise that there are many men and women working at Eskom who are extremely good at what they do and are distraught at what is happening.”

Why did Brown withhold Dentons report from Eskom War Room and Cabinet? - Eberhard

The Dentons investigation report into Eskom was withheld from the Eskom War Room and Cabinet at a critical time, said Professor Anton Eberhard, author of the Eskom Inquiry booklet, prepared for parliament’s inquiry.

Eberhard, who was a member of the Eskom War Room, was giving a presentation of his book to parliament’s state capture inquiry into Eskom.

He wants the inquiry to ask Public Enterprises Minister Lynne Brown why she withheld this report from them.

Despite being heavily redacted, the Dentons report on Eskom was released in February 2017, shedding light on shocking financial abuses at South Africa’s state-owned power utility. The investigation was commissioned by the Eskom board in 2015.

Dentons, the law firm appointed to conduct an audit into “the status of the business and challenges experienced by Eskom”, identified serious cause for concern regarding the manner in which Eskom awarded contracts for the supply of diesel and coal, among other shortcomings.

According to the report, some of the contractors - who benefitted from the nearly R30bn that Eskom spent on diesel for its open cycle gas turbines between 2013 and 2015 - were companies that had no footprint in the industry and that may have been set up by Eskom employees themselves.

“A cursory review of the web for some of these suppliers conducted by an officer of Eskom contemporaneously suggested they were not well established entities. We were informed that some of the suppliers had rudimentary invoices (for example, prepared in Microsoft Word rather than generated from an accounting system),” reads the report. Between 2010 and 2014, the Eskom board was “gutted” and members with little experience in the power sector were put in place, said Professor Anton Eberhard, author of the Eskom Inquiry booklet, prepared for parliament’s inquiry.

“Many of Eskom’s most respected executives left during this time due to interference.”

Eberhard was giving a presentation of his book to parliament’s state capture inquiry into Eskom.

“There is much to investigate,” he said. “Your inquiry risks not investigating the main corruption at Eskom.

“There is former Eskom CEO Brian Molefe’s pension pay-out, which should not distract from the inquiry.”

Molefe agreed to return to Eskom in 2017 after Public Enterprises Minister Lynne Brown discovered he had been granted a R30m early pension payout by Eskom, which she refused to condone.

She asked the board to find another solution, and his reinstatement was the result of this. Brown said this was a better value proposition for the South African fiscus.

However, following a backlash from the ANC, the Democratic Alliance and the Economic Freedom Fighters,  an inter-ministerial committee concluded that Brown should order the Eskom board to rescind Molefe's reappointment.

Molefe then left Eskom, but the matter has been taken to court.

ALL YOU NEED TO KNOW ON BRIAN MOLEFE STORY

How inquiry will work

Acting public enterprises committee chairperson Zukiswa Rantho has explained that the state capture inquiry will comprise of three parts: the Eskom inquiry, the Transnet inquiry and the Denel inquiry - in that order.

She said it formed part of parliament's oversight role and did not replace other legislative processes.

Eskom inquiry kicks off in Parliament

Parliament’s inquiry into allegations of corruption and maladministration at power utility Eskom finally gets underway on Tuesday, after it was scheduled to start on August 1.

The Portfolio Committee on Public Enterprises said it will be briefed by the universities of Cape Town and Stellenbosch on Tuesday.

Acting committee chairperson Zukiswa Rantho said the two institutions were invited because they published a book that highlights the activities linked to the capture of Eskom by the Guptas and mismanagement of state funds.

The book was published as a resource for the committee’s inquiry into Eskom. “The institutions will detail the activities that happened in Eskom,” said Rantho.

Go to top
We live in a world where facts and fiction get blurred
In times of uncertainty you need journalism you can trust. For 14 free days, you can have access to a world of in-depth analyses, investigative journalism, top opinions and a range of features. Journalism strengthens democracy. Invest in the future today. Thereafter you will be billed R75 per month. You can cancel anytime and if you cancel within 14 days you won't be billed.
Subscribe to News24
Next on Business
Find your load shedding schedule