Vavi a no show at Cosatu briefing 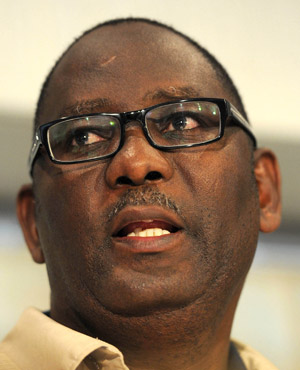 Johannesburg - Congress of SA Trade Unions (Cosatu) general secretary Zwelinzima Vavi was not at a briefing on Tuesday where Cosatu leaders were expected to address the media on last week's central executive committee (CEC) meeting.

The special CEC expelled the National Union of Metalworkers of SA (Numsa) at its meeting which ran into the early hours of Saturday morning.

The trade union federation charged the metalworkers' union with contravening its constitution.

Numsa has been a strong ally and supporter of Vavi.

The general secretary has remained mum on Numsa's expulsion except for a few comments on social networking site Twitter.