Moody’s in no rush to change SA's credit rating 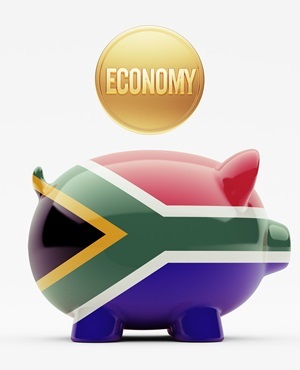 Cape Town - Moody’s Investors Service said its credit rating for South Africa takes account of the country’s power shortages and growth challenges and will probably remain unchanged for the next 12 to 18 months.

The rating company downgraded South Africa in November to Baa2, the second-lowest investment-grade level, and changed its outlook to stable from negative.

“We see the likelihood of another rating change, whether upward or downward, to be quite negligible in the 12 to 18 months,” Kristin Lindow, senior vice president at Moody’s, said in an interview in Cape Town on Monday.

“The way our outlooks work is they are rolling, so at any given time a stable outlook means that you think that in the next 12 to 18 months there will be no change.”

South Africa’s growth prospects have deteriorated as Eskom battles to keep its aging plants running. The state-owned utility, which supplies about 95% of the nation’s power, has implemented rolling blackouts on average every third day this year.

“Ratings are supposed to be forward-looking and we were looking ahead at an extended period of low growth,” Lindow said. “That has seemed to be the most important vulnerability of the country. We have taken that into account and can tolerate that at this rating level. By emerging market standards, this government has a very coherent policy mix.”

While the government is investigating selling a minority stake in Eskom or some of its power plants to help fund new generation capacity, that won’t provide a near-term solution to the nation’s energy crisis, she said.

“When it comes to solving this growth conundrum right now, the key is to build up the generating capacity and deal with the problems they are having both in construction and in repairs,” Lindow said. “We’re just likely to see these shortfalls, these power outages, continue. The economy is suffering, investment is suffering, the country’s reputation is suffering.”

Fitch Ratings, whose assessment is on the same level as that of Moody’s, and Standard & Poor’s, which rates the nation’s creditworthiness one step lower, are due to publish their reviews next month. Moody’s doesn’t have a set calendar for reviews.

“We have a situation for countries outside of the European Union where ratings can happen at any time,” Lindow said. “We try not to be unpredictable. A big consideration is when a country is moving in a negative way vis-a-vis its peers in the same rating category.”

South African Finance Minister Nhlanhla Nene has committed to keeping public spending under control, with the budget deficit forecast to drop to 2.5% of gross domestic product by March 2018 from 3.5% last year.

Moody’s expects South Africa’s debt-to-gross domestic product ratio to stabilise at about 48%, and its interest-to-revenue ratio at less than 9%.

“We do see the determination to improve the bottom line,” Lindow said. “The spending ceilings are starting to make the difference in terms of reducing the budget deficit. One of the big risks is the public sector wage bill.”

The government is negotiating a three-year wage deal with its 1.3 million employees. The state’s latest pay offer includes a 7% raise in the first year and consumer price inflation plus 1 percentage point for the following two years, according to Nkosana Dolopi, deputy general secretary of the South African Democratic Teachers Union.

Any wage deal should be accommodated within the government’s spending ceiling and be fiscally sustainable, Lindow said. See all newsletters
Voting Booth
How has Covid-19 impacted your financial position?
Please select an option Oops! Something went wrong, please try again later.
I'm not really directly affected
18% - 1713 votes
I am taking a hit, but should be able to recover in the next year
23% - 2247 votes
My finances have been devastated
34% - 3344 votes
It's still too early to know what the full effect will be
25% - 2430 votes
Previous Results
Covid-19 Money Hub
Covid-19 Money Hub - answering your business and money questions during the crisis