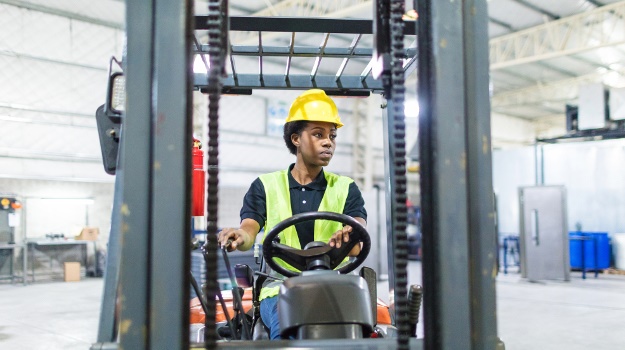 The national lockdown instituted to slow the spread of the coronavirus will lead to irrecoverable financial losses for SA businesses and compromise trading conditions for the remainder of 2020, according to the South African Chamber of Commerce and Industry.

The chamber on Wednesday released its trade conditions index for March, which showed that expectations for the trading environment were significantly worsened by the impact of the pandemic.

"According to respondents [of the survey] the national lockdown is creating unrecoverable costs and may incur further financial losses due to further compromised trade conditions," the report read.

The report was released a day after the SA Reserve Bank cut the repo rate by an additional 1 percentage point to 4.25%. The bank now expects South Africa's economy to contract by 6.1% this year.

The IMF, meanwhile, said on Tuesday that the world should ready for the worst economic downturn since the Great Depression of 1929. The IMF expects the SA economy to contract by 5.8% in 2020.

Sacci said that while the impact of the lockdown had not yet been felt on trading conditions in March, it did influence expectations for the remainder of 2020.

"Respondents are feeling the pinch of the lockdown," said the group's economist Richard Downing. Cashflow problems are expected to continue throughout the remainder of the year, and the coronavirus is expected to disrupt supply chains in particular. Respondents to the survey also said they expect loss of business and consequently job losses if the lockdown restrictions are not adjusted.

Sales volumes and new orders also declined significantly during the month, as was seen with the decline of vehicle sales. "The notable negative effect on new vehicle sales in March was troubling," the chamber noted. "Sales expectations and expected new orders for the next six months took quite a blow as both these indices declined by 18% in the March trade survey," the report read.

Initially, the lockdown was meant to be implemented for 21 days. Based on this, the SA Reserve Bank projected about 370 000 job losses, and more than 1 600 businesses to close, as Fin24 previously reported. Last week President Cyril Ramaphosa announced that the lockdown would be extended by another two weeks to end April.

"Both the supply and demand effects of this extension reduce growth and deepen it in the short-term, as businesses stay shut for longer and households with income spend less," Reserve Bank Governor Lesetja Kganyago said on Tuesday.

"This will likely also increase job losses, with further consequences for aggregate demand. The impacts will be particularly severe for small businesses, and individuals with earnings in the informal sector."

We live in a world where facts and fiction get blurred
In times of uncertainty you need journalism you can trust. For 14 free days, you can have access to a world of in-depth analyses, investigative journalism, top opinions and a range of features. Journalism strengthens democracy. Invest in the future today. Thereafter you will be billed R75 per month. You can cancel anytime and if you cancel within 14 days you won't be billed.
Subscribe to News24
Related Links
Coronavirus | SA business alliance expects 1 million job losses, economy to contract by 10%
WRAP | Treasury seeks $60 million from World Bank to fight coronavirus
Is this the end of SAA? Government shoots down funding request
Next on Fin24
Transnet to issue locomotive tender in July to address crippling port and rail backlog