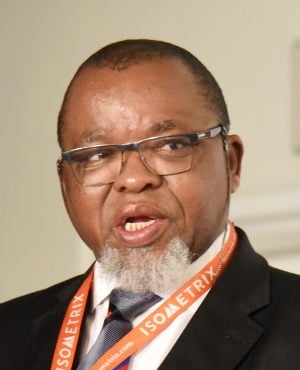 Minister of Mineral Resources and Energy Gwede Mantashe announced the appointment of seven members to the board of the Nuclear Energy Corporation of South Africa, through a statement released on Tuesday afternoon.

This comes a week after previous board members all handed in their resignations to Mantashe. Mantashe assured media that he would have the names of candidates for board membership prepared soon.

The statement said the appointed board members appointed for a three-year period.

The new Board members are:

The statement said department had appointed the official representative of the Department of International Relations and Cooperation to the board, as required by the Nuclear Energy Act.

"The Minister has further appointed Ms Elsie Monale as a representative of the Department of Mineral Resources and Energy to the Board," the statement said.  The appointments were subject to vetting and background checks, it added.

Mileham said in a statement released on Tuesday morning that recent reports into NECSA were indicative of extreme financial problems and revealed that NECSA is in deep distress.

Besides its governance challenges, NECSA has been working with the Department of Mineral Resources and Energy to find the finances to pay salaries at the end of the month.

"The [previous] NECSA board had warned Minister Mantashe of this looming crisis. They had also made the Portfolio Committee of Mineral Resources and Energy aware of the defunct state of the entity during the BRRR process in Parliament," said Mileham.

Mileham had further called for the vacant positions on the board to be filled urgently.

Luzipo told Fin24 on Tuesday that while Mileham could send his letter, he believed there was no need to call an urgent meeting with the minister until the committee itself agreed what information it expected the minister to provide. For the sake of accountability and the separation of powers, the committee must have a clear idea of its expectations of the minister before calling an emergency meeting, he said.

We live in a world where facts and fiction get blurred
In times of uncertainty you need journalism you can trust. For 14 free days, you can have access to a world of in-depth analyses, investigative journalism, top opinions and a range of features. Journalism strengthens democracy. Invest in the future today. Thereafter you will be billed R75 per month. You can cancel anytime and if you cancel within 14 days you won't be billed.
Subscribe to News24
Related Links
Gwede Mantashe accused of hindering efforts to tackle SA's electricity crisis
NECSA salary payments hang in the balance as corporation, energy dept scramble for funds
Nuclear board resignations due to government meddling, says OUTA
Next on Business
Petrol price cut on the cards Wednesday, but diesel may be hiked