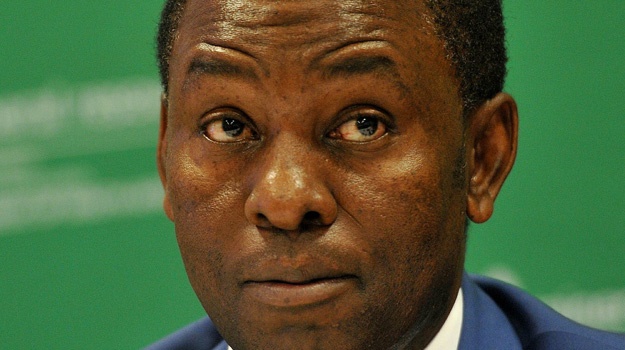 Former Mineral Resources Minister Mosebenzi Zwane. (Pic: Gallo Images)
Former mineral resources minister Mosebenzi Zwane says a "throat problem" necessitated him asking Tony Gupta to give him "a lift" to India in their private jet, while he was in Switzerland facilitating the sale of the Glencore Optimum Coal Mine to the Gupta-owned Tegeta.

This trip to India was, according to his testimony before the state capture commission on Tuesday, undertaken with the aim of meeting investors. All of his flights for the trip, including from Switzerland to India, were booked for by his department at the time.

Following a prompt by the commission, Zwane recounted his interactions with the Guptas, who are central to allegations of corruption being investigated by the inquiry.

One of these meetings was in Switzerland to facilitate between a potential buyer – Tegeta – and Glencore. This, Zwane said, was of great importance to him because he wanted to prevent at least 3 000 job losses at the Optimum Coal Mine - a supplier to state power utility Eskom.

He testified that at the conclusion of the meetings he mentioned he was headed to India to meet with investors.

"Tony Gupta indicated they are also going to India. Due to my condition, I requested them to give me a lift to India. I was struggling in terms of expressing myself," he said.

Zwane testified that he met with investors in India, before seeing a specialist in India, and undergoing an operation in a public hospital. He said that after the operation he would have needed 15 days to recover, so he was still struggling with his voice.

"Coming back from India, I asked for a lift again from Tony to Dubai. When I arrived in Dubai, I got my flight to SA."

Commission chair deputy chief justice Raymond Zondo then attempted to unravel the logic of Zwane's explanation, first questioning what a problem with his throat had to do with not using a flight paid for by the government.

"How was it going to help you to fly with Tony instead of the flight booked for you?" Zondo asked.

Zwane said that when the problem cropped up, he strained his vocal cords and would have had a hard time explaining himself at the airport.

Zondo then asked Zwane how it followed that he could still go to India to "talk" to investors.

"For me, if the purpose of the trip to India involves speaking to people and … you were so sick, I don’t see why you would still proceed? Why insist on going there?" Zondo asked.

Zwane skirted around the answer for some time, saying this had happened to him before, and he had "endured" his throat problem for some time, including having "radio personalities making fun of the quality of my voice", before eventually saying he still tried to have meetings despite this.

Evidence leader Pule Seleka then, referring to the Gupta leaks, mentioned an email chain detailing a previous all-expenses paid tour to India, by the Guptas, for a choir Zwane had recorded some songs with.

Zwane said he initially did not want engage with allegations coming from the leaks as "they are not verified, and I don’t want to legitimise them".

When confronted with an email, coming from his own Gmail account and his iPad to Gupta associates about accommodation during the trip to India, Zwane pleaded ignorance, saying a member of the choir used his device to arrange for their own trip.

"We were also going on an official trip to India during the same time. We met with potential investors. It was at the same time [as the choir]."

He was then confronted with further emails saying he had other engagements with the Guptas in India. Zwane emphatically said in response he did not attend any "wedding" events with the family, in India or South Africa.

Zwane then harkened back to his initial plea, saying he could not testify about information in the leaks.

Zondo ended Tuesday’s proceedings by saying that Zwane needed to file an affidavit dealing with allegations in the leaks by next Tuesday.

We live in a world where facts and fiction get blurred
In times of uncertainty you need journalism you can trust. For only R75 per month, you have access to a world of in-depth analyses, investigative journalism, top opinions and a range of features. Journalism strengthens democracy. Invest in the future today.
Subscribe to News24
Next on Fin24
Fired for going to work with Covid-19: What employers and workers should know