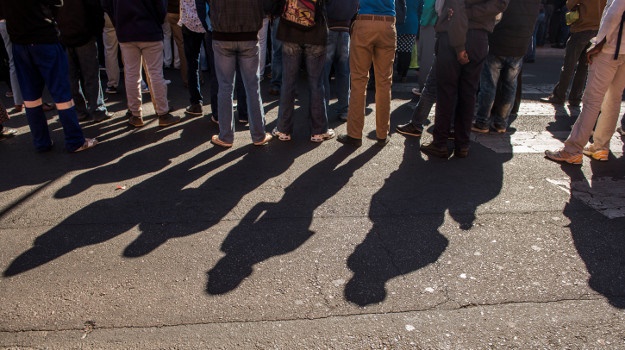 Ramaphosa presented his State of the Nation Address on Thursday with the country facing its highest unemployment rate since 2008 and gloomy business confidence levels.

Earlier in the week Statistics South Africa announced that the official unemployment rate for the fourth quarter of 2019 had remained unchanged at 29.1%, the highest level since the global financial crisis of 2008.

As Investec economist Lara Hodes noted earlier in the week, South Africa's expanded unemployment rate - which includes people who want to work but are not actively seeking work - was at 38.7% in the fourth quarter of last year. Youth unemployment, meanwhile, which includes individuals aged between 15 and 24, was at 58.1%. While this was a slight improvement from the previous quarter, it remains at a "critically high level."

Calling youth unemployment a "crisis", Ramaphosa said that of the 1.2 million young people who enter the labour market each year, approximately two thirds remain outside of employment, education or training."

"More than half of all young people are unemployed. We need to make this country work for young people, so that they can work for our country," he said.

The interventions will not be the first attempt to tackle the country's persistently high unemployment rate. Since taking office, Ramaphosa has made creating jobs a key part of his economic recovery programme. Previous interventions include the Presidential Jobs Summit, which included multiple strategies in a bid to create 275 000 new jobs a year.

In February last year, Ramaphosa said during his State of the Nation Address that the Employment Tax Incentive aimed at improving youth economic activity would be extended for another 10 years.

On Thursday, meanwhile, Ramaphosa announced that The National Youth Development Agency and the Department of Small Business Development would also provide grant funding and business support to 1 000 young entrepreneurs in the next 100 days, starting immediately, said the president.

* This article was updated on Friday 14 February to reflect the latest figures from YES.

We live in a world where facts and fiction get blurred
In times of uncertainty you need journalism you can trust. For only R75 per month, you have access to a world of in-depth analyses, investigative journalism, top opinions and a range of features. Journalism strengthens democracy. Invest in the future today.
Subscribe to News24
Related Links
Sisa Ntshona: Tourism creates 1 in 5 jobs - SA can't afford not to be competitive
Unions slam SAA route cancellations, warn of 'devastating' impact on jobs
Unemployment rate remains at highest level since 2008
Next on Fin24
Ramaphosa 'obviously concerned' about SAB divestment, impact on growth