We are a tired people, right? 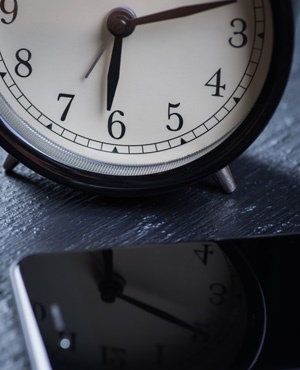 SO South Africans are tired people, right? We get about six hours sleep a night on average, according to a bunch of Swedish developers who created the Sleep Cycle app and recently looked at the sleeping habits of nearly a million people in some 50 countries. And our sleep patterns ranked us as 38 out of the fifty.

So what? After all, we get used to it, as mothers of small ones and shift workers will tell you. And people will cite the occasional Margaret Thatcher-style superhuman who survives and thrives on four hours a night. Those people are rare though; experts tell us that for most of us, somewhere between eight and nine hours is optimal.

Well, there are potentially some serious consequences of inadequate sleep. “At the epidemiologic level, circadian disturbances resulting from shift work and/or sleep manipulation have consistently been associated with increased risk for obesity and related comorbidities,” write the authors of Chronobiological Effects on Obesity, Molly S. Bray and Martin E. Young (Curr Obes Rep 2012).

Translated into English, that means that there’s a probable link between poor sleep and weight gain, as well as the health troubles linked to weight gain, such as diabetes, heart disease and so on. That’s just one piece of research in a fairly large body of evidence leading to similar conclusions.

And then there are all the other health impacts. Did you know that your body only makes melatonin prior to the middle of the night, when you’re asleep? Stay awake with the light on, and your melatonin is going to be down. Melatonin plays an important role in your immune system and is a powerful anti-oxidant.

“One study found that reduced sleep time is a greater mortality risk than smoking, high blood pressure, and heart disease,” according to Michael J Breus, writing on WebMD.com – in part because it increases hugely your risk of having an accident on the roads or at work, or even in the home. “Estimates are that some two million Americans fall asleep while driving on the highway at night, and that 20% of automobile accidents occur as a result of sleepy drivers,” writes Paul Board in his wonderfully informative and thoughtful book, The End of Night.

The day the ‘sleepy South Africa’ story broke, I found myself driving back from a meeting at the Department of Science and Technology in Pretoria, listening to Talk Radio 702 as people phoned in about their wake-up times. It seems that far too many people need to wake at 4 or 4:30 am to make it to their jobs on time – something that hardly surprises me.

I’m lucky enough to work from home, but have noticed that while it used to be necessary to leave home at 6:25 am to make it to a meeting any time between 8:30 and 9:00, now you have to leave before six to be sure of making it. Which would mean, for any parent with kids or even dogs to feed, waking between 4:30 and 5, wouldn’t it? And don’t tell me those people are going to bed at the requisite 8:00 pm to get in their eight and a half hours. They’re not.

They’re staying up to watch Game of Thrones or Downton Abbey, and getting up to cope with a child’s nightmare or being disturbed by the neighbour’s alarm going off. Or, in the case of ‘the workers’, they’re getting home at 7:30 pm after an interminable public transport trip, with little time to make supper, do chores and have a conversation with their children before crashing for a few hours and waking again at 4:30 am…

I suspect that we could vastly improve productivity in this country if we had a drive to improve sleep. At the very least, companies could help workers or employees by educating them on what interferes with sleep – blue light, for example. Switch off the digital media an hour before bedtime and leave them in another room! Far too many people have the TV (or equivalent screen) flickering blue light in the bedroom till late at night.

Make sure curtains exclude light – so many people sleep in bedrooms that have pretty but flimsy curtains, allowing street lights and security lights to penetrate. Seal off sound as much as possible. Keep distractions out of the room. And so on.

But we also need to have a bigger conversation as a nation, about how we work and how we get to work. Flexitime implemented wherever possible would free up roads and limit the time spent on the commute. And of course, a serious focus on decent public transport – trains, buses and mini-buses that are safe, reliable and pleasant, that are used (as in Copenhagen, whose public transport had me in a stew of envy) by everyone from CEOs to janitors.

For all of this, we need leadership. Not just political leadership, but leadership from business and civil society. As I keep saying…

*Mandi Smallhorne is a versatile journalist and editor. Views expressed are her own. Follow her on twitter.