John Young, 87. The commander of NASA’s first space shuttle mission, he was one of only 12 humans to walk on the moon. Died Jan. 5 following complications from pneumonia.

Paul Bocuse, 91. One of the 20th century’s most influential chefs who built on the traditions of French haute cuisine with a distinctive style that emphasised simplicity and freshness. Died Jan. 20 due to complications from Parkinson’s disease.

Morgan Tsvangirai, 65. The former labour union leader who led Zimbabwe’s main opposition party for almost two decades and failed to unseat Robert Mugabe as president in several elections that were marred by allegations of violence and rigging. Died Feb. 14 following treatment for cancer.

Roger Bannister, 88. The UK athlete who as a medical student six decades ago became the first person to run a mile in less than four minutes. Died March 3 following treatment for Parkinson’s disease.

Oskar Groening, 96. Dubbed the “accountant of Auschwitz,” the low-ranking official was convicted at age 94 of complicity in the murder of at least 300 000 Jews at the concentration camp in Nazi-occupied Poland during World War II. Died March 9.

Louise Slaughter, 88. A Democrat who represented the Rochester, New York, area, she was widely known as one of the most influential champions of women’s rights in Congress. Died March 16 after suffering an injury at her Washington home.

Peter G. Peterson, 91. Wall Street rainmaker with global connections who served as US Commerce secretary and emerged from a fight for control of Lehman Bros. to become a billionaire as co-founder of the private-equity firm Blackstone Group LP in New York. Died March 20.

Charles Lazarus, 94. He combined supermarket-style service with touches of whimsy in creating Toys “R” Us, a longtime retail success that fought high debt and fierce competition before collapsing in bankruptcy several months before his death. Died March 22.

Wayne Huizenga, 80. Billionaire entrepreneur who made Waste Management Inc. and Blockbuster Video the leaders in their industries and used his wealth to buy professional baseball, football and hockey teams in Florida. Died March 22.

Peter Munk, 90. Canadian immigrant who founded Barrick Gold in the early 1980s and transformed it from a small-scale operation into a global empire. Died March 28.

Winnie Madikizela-Mandela, 81. The former wife of Nelson Mandela whose reputation as a hero of the struggle to end white-minority rule in South Africa was damaged by kidnapping and fraud convictions. Died April 2.

Martin J. Whitman, 93. Morningstar’s mutual fund manager of the year in 1990, he made “safe and cheap” a value-investing mantra during more than two decades heading the Third Avenue Value Fund. Died April 16. Afonso Dhlakama, 65. Led the Mozambique National Resistance as a rebel movement during a 16-year civil war and later as an opposition party. Died May 3.

Doug Ford, 95. World Golf Hall of Fame player whose 1957 Masters Tournament victory ended with one of the most spectacular shots in the event’s history. Died May 14.

Tom Wolfe, 88. The US author who used a new mixture of journalism and literary techniques in works such as The Bonfire of the Vanities and The Right Stuff. Died May 14.

Bernard Lewis, 101. Princeton University professor emeritus whose warnings about rising Islamic fundamentalism and a looming “clash of civilisations” made him a leading scholar of the terrorism age. Died May 19.

Frank Carlucci, 87. He led the Defence Department under President Ronald Reagan and later expanded the influence of Carlyle Group as the investment firm’s chairman. Died June 3 of complications from Parkinson’s disease.

Kate Spade, 55. Fashion designer and handbag maker who founded her namesake brand in 1993 with her husband, Andy Spade, and sold the business to Liz Claiborne in 2006. Found dead June 5 from suicide. Anthony Bourdain, 61. Celebrity chef in New York best known for his CNN series Parts Unknown, where he explored the culture, politics and cuisine of nations across the globe. Found dead June 8 from suicide.

Charles Krauthammer, 68. Pulitzer Prize-winning columnist whose frequent appearances on cable news programs made him an influential proponent of conservative causes. Died June 21 of cancer of the small intestine.

Jacques Saade, 81. He fled from war in Lebanon in the 1970s to become a billionaire in France as head of Marseille-based CMA CGM SA, the world’s third-largest container shipping line. Died June 24.

Joe Jackson, 89. Guided his children, including Michael Jackson, to pop stardom in the Jackson 5 during the 1970s and spent the rest of his life fending off allegations of abusive parenting. Died June 27 following treatment for pancreatic cancer.

Wang Jian, 57. Co-chairman of HNA Group, the Chinese conglomerate that sold billions of dollars in assets recently amid soaring borrowing costs. Died July 3 from a fall.

Becky Vail, 48. Co-founder of Millstreet Capital Management, a Boston-based hedge fund, where she was chief financial officer as well as head of operations and compliance. Died July 17 from breast cancer.

Ron Dellums, 82. California Democrat with a focus on civil rights who entered the US House of Representatives in 1971 as a black liberal who opposed the Vietnam War. Died July 30.

Paul Laxalt, 96. Republican US senator from Nevada who was President Ronald Reagan’s closest friend and confidante in Congress. Died Aug. 6.

V.S. Naipaul, 85. Nobel Prize-winning author who was born in Trinidad of Indian ancestry and lived in the U.K. writing unsparing novels about colonisers and liberation movements in Africa and the Caribbean. Died Aug. 11.

Aretha Franklin, 76. Former gospel singer who went on to reign over the music industry as the Queen of Soul with hit songs such as Respect, Chain of Fools and (You Make Me Feel Like) a Natural Woman and was the first female inductee of the Rock and Roll Hall of Fame. Died Aug. 16 of pancreatic cancer.

Kofi Annan, 80. Ghanaian diplomat who was the first UN secretary general from sub-Sahara Africa and won the Nobel Peace Prize in 2001. Died Aug. 18.

Vaughn Beals Jr., 90. Executive credited with resurrecting the Harley-Davidson motorcycle from the brink of bankruptcy in the 1980s to a symbol of made-in-America pride. Died Aug. 19.

John McCain, 81. The 2008 Republican presidential nominee and Vietnam War hero who was a senior voice on defence and foreign policy in the US Senate, where he had served since 1987. Died Aug. 25 following treatment for glioblastoma, an aggressive form of brain cancer.

Neil Simon, 91. His Broadway plays including Barefoot in the Park, The Odd Couple and Lost in Yonkers made him the most commercially successful playwright of his time. Died Aug. 26 of complications from pneumonia.

Burt Reynolds, 82. US actor who starred in movies such as Deliverance, The Longest Yard and Smokey and the Bandit, which established him as a likable, adventurous rogue. Died Sept. 6 from cardiac arrest. 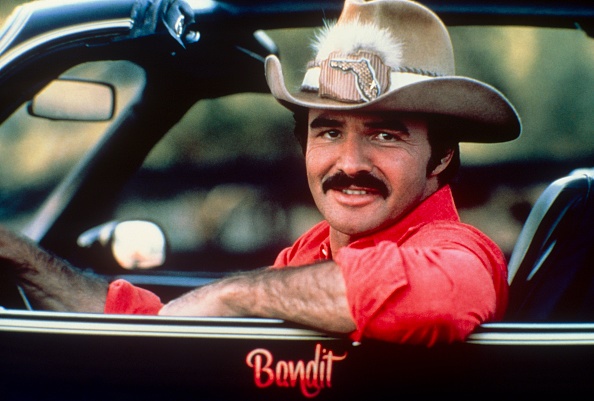 Tran Dai Quang, 61. Elected president of Vietnam in 2016, he advocated expanding the nation’s private sector and developing closer ties with the US Died Sept. 21.

Charles Aznavour, 94. Known as the “French Frank Sinatra,” he recorded more than 1 400 songs and appeared in more than 60 films while pursuing his passion for Armenian causes during a lifelong career in show business. Died Oct. 1.

Jamal Khashoggi, 59. Prominent Saudi Arabian journalist and critic of the Saudi government who lived in the US and worked as a Washington Post columnist. Murdered on Oct. 2 by Saudi agents in their nation’s consulate in Istanbul.

Leon Lederman, 96. Nobel Prize-winning US physicist who co-discovered one of the universe’s subatomic building blocks before coining the term “God particle” to describe the mechanism that gives mass to matter. Died Oct. 3.

William Coors, 102. Heir to the Coors brewing dynasty who helped transform a local product into a national brand while promoting conservative views and anti-union policies that led to consumer boycotts. Died Oct. 13.

Vichai Srivaddhanaprabha, 60. Thai billionaire whose fortune came from King Power Group’s empire of duty-free stores and who stunned the sports world by taking perennially mediocre Leicester City to the pinnacle of English soccer in 2016. Died Oct. 27 in a helicopter crash.

James “Whitey” Bulger, 89. Boston mob boss and informant who corrupted FBI agents, murdered his associates and spent 16 years on the run. Found murdered in his prison cell on Oct. 30 while serving a life sentence.

Stan Lee, 95. The head of Marvel Comics who brought a modern sensibility to comic books and provided lucrative fodder for Hollywood as co-creator of imperfect superheroes such as Spider-Man, the Incredible Hulk, X-Men and Iron Man. Died Nov. 12.

Igor Korobov, 62. Head of the Russian military’s main intelligence agency, known as the GRU, which was accused of interference in the 2016 US presidential election and the nerve-agent poisoning of an exiled double-agent in the UK earlier this year. Died Nov. 21.

Bernardo Bertolucci, 77. Italian film director best known for Last Tango in Paris and The Last Emperor, which earned him an Oscar for directing. Died Nov. 26.

George H.W. Bush, 94. The 41st US president whose single term in office was notable for its restrained response to the fall of the Soviet Union and a military victory that liberated Kuwait from an Iraqi invasion. Died Nov. 30.

Albert Frere, 92. Belgian billionaire whose investments shaped some of Europe’s largest companies in more than a half-century of deal-making. Died Dec. 3.

Lyudmila Alexeyeva, 91. Led the oldest Russian human-rights organisation and was a driving force behind the civil-rights movement in the Soviet Union. Died Dec. 8.

Nelson Martinez, 68. Former Venezuelan oil minister who once led refiner Citgo. Died Dec. 12 while in custody following his arrest in 2017 as part of a crackdown on alleged corruption and illegal crude oil sales.

John Hickey, 50. Managing director at Stifel Financial Corp. who worked in the firm’s institutional equities sales and trading group in New York. Died Dec. 13 when he was struck by a train.

Colin Kroll, 34. Co-founder and CEO of the HQ Trivia quiz app who had previously helped start Vine, a short-format video start-up acquired by Twitter. Found dead in his home on Dec. 16.

Penny Marshall, 75. Actress who starred in the sitcom Laverne & Shirley before becoming one of the top-grossing female directors in Hollywood with films such as Big and A League of Their Own. Died Dec. 17 due to complications from diabetes.

Jim Rogers, 71. Duke Energy Corp.’s CEO from 2006 to 2013, when he agreed to step down as part of a settlement with regulators probing the company’s takeover of Progress Energy. Died Dec. 17.

Related Links
WATCH: The world's richest people lost $511 billion in 2018
ANALYSIS: From bewildering to chaotic, here comes 2019...
Fiscal risk, SOE panic and the time Ramaphoria died: An analyst's post-mortem on 2018
Share
Next on Fin24
China aims to phase out sale of live poultry at food markets

See all newsletters
Voting Booth
How has Covid-19 impacted your financial position?
Please select an option Oops! Something went wrong, please try again later.
I'm not really directly affected
18% - 1686 votes
I am taking a hit, but should be able to recover in the next year
23% - 2211 votes
My finances have been devastated
34% - 3276 votes
It's still too early to know what the full effect will be
25% - 2385 votes
Previous Results
Covid-19 Money Hub
Covid-19 Money Hub - answering your business and money questions during the crisis