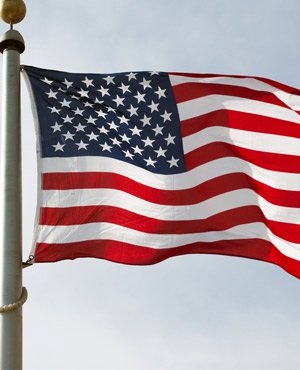 Former Starbucks chairman Howard Schultz said he’s seriously thinking of running for president in 2020 as a centrist independent candidate, a prospect that’s already drawing objections from Democrats who say it may throw the election to Donald Trump.

The Brooklyn-born billionaire, who dabbled with politics and thorny social issues as he built Starbucks into one of the world’s largest restaurant chains, announced his possible long-shot bid on CBS’s “60 Minutes” on Sunday.

He said Americans are tired of the current system and looking for a better choice.

“We’re living at a most-fragile time,” Schultz said. “Not only the fact that this president is not qualified to be the president, but the fact that both parties are consistently not doing what’s necessary on behalf of the American people and are engaged, every single day, in revenge politics.”

Trump said on Twitter Monday that he watched Schultz’s interview and doesn’t believe the coffee chief has the “guts” to run.

“I agree with him that he is not the ‘smartest person.’ Besides, America already has that! I only hope that Starbucks is still paying me their rent in Trump Tower!” Trump wrote.

Starbucks shares fell 1.3% to $66.22 at 09:50 in New York, following the broader US market downward after Caterpillar reported worse-than-expected earnings and chipmaker Nvidia cut its revenue guidance.

Both companies cited slowing economic growth, with Nvidia singling out China as an area of concern. China also factors large in Starbucks’ plans - the chain’s goal is to have 6 000 locations there in 2022.

Besides the “60 Minutes” interview, Schultz also sent his first tweet on Sunday. He said, “[I]t feels good to be here” and “[M]y hope is to share my truth, listen to yours, build trust, and focus on things that can make us better”.

Schultz, 65, whose political ambitions have been widely rumored for years, would be making his first run for public office. Speculation that he would make a bid for the White House ramped up last June after he announced his retirement as the chairman of Starbucks, listing public service as an option for his next chapter.

At the time, he also laid out a centrist vision for the US, calling Trump’s tax cut reckless and knocking “vitriolic behavior” from the White House.

Schultz is worth about $3.5bn, according to data compiled by Bloomberg, giving him the ability to keep a campaign funded as a field of potentially more than a dozen Democrats and the Trump campaign compete for donors over what will be almost two years of campaigning. Schultz said on “60 Minutes” that a price tag of as much as $500m to win would not change his mind.

“I’ll say it this way: We’ll be fully resourced to do what’s necessary,” he said.

Massachusetts Senator Elizabeth Warren, one of the prominent Democrats mounting a campaign, has criticised wealthy presidential hopefuls who might use their personal fortunes to fund campaigns and urged the party’s voters to reject such efforts.

“We ought to be building a movement [and] not having billionaires buy these campaigns, whether we’re talking about super PACs or self-funders,” Warren said earlier this month in her initial campaign trip to Iowa, which will hold the first official contest in the nomination race in February 2020.

No independent candidate has made a successful run for the White House, and the structure of US elections in terms of getting on ballots in all 50 states and fundraising heavily favors the two major parties.

Third-party or independent candidates typically register only a few percentage points nationally in presidential elections. The last serious independent bid for the presidency was made by another billionaire, H. Ross Perot in 1992. He got almost 19% of the popular vote but won no Electoral College votes as Democrat Bill Clinton defeated incumbent GOP President George H.W. Bush.

The Green Party’s Ralph Nader received almost 3% of the vote nationwide in 2000, and many people blame his 97 000 votes in Florida for costing Democrat Al Gore the White House.

Some Democrats are already saying another billionaire businessman and political neophyte who thinks he can solve US problems as an independent would hive off votes in favor of Trump’s re-election.

“It would provide Donald Trump with his best hope of getting re-elected,” Julian Castro, a 2020 Democratic presidential candidate and former San Antonio mayor, said on CNN’s “State of the Union” on Sunday.

Given Trump’s approval rating in the low 40% range, “his only hope, if things stay the same - and that’s a big if - is essentially to get somebody else, a third party, to siphon off those votes,” Castro said.

Asked on “60 Minutes” whether he’s worried about siphoning votes away from the eventual Democrat candidate and ensuring a second term for Trump, Schultz said, “I want to see the American people win.”

“I don’t care if you’re a Democrat, independent, Libertarian, Republican,” Schultz said. “Bring me your ideas. And I will be an independent person, who will embrace those ideas. Because I am not, in any way, in bed with a party.”

Schultz said while he’s been a lifelong Democrat, the US now has about $21.5 trillion of debt and both parties are guilty of “a reckless failure of their constitutional responsibility”.

He said he would “not have given a free ride to business” with the tax cut Trump and Republicans enacted in 2017, and he criticized Democrats for proposing “free healthcare for all.”

While Starbucks is ubiquitous, Schultz himself is not as well known to voters. His business record, though, could provide him with a way to illustrate his stances.

At Starbucks, Schultz increased benefits, including college tuition and healthcare coverage, for the chain’s retail workers - including part-timers. And while running a coffee chain with locations across the US and around the globe, Schultz was willing to thrust his company into contentious social and political debates over the years.

In 2011, he enlisted other business leaders in a pledge to boycott US political campaign donations until Congress could find a solution to growing national debt. More recently, Schultz enlisted baristas to write “Race Together” on cups to spur a national conversation on race, a move that was widely mocked on social media.

In early 2017, Starbucks announced a plan to hire 10 000 refugees over five years. The decision was one of the strongest rebukes at the time against a Trump order suspending admission of refugees into the U.S. and barring citizens from seven mostly Muslim countries. The company’s move sparked a boycott of the chain. In April, Starbucks came under fire after the arrest of two black patrons at a cafe in Philadelphia, forcing the company and Schultz to apologize.

Schultz first came across Starbucks in 1981 while on a business trip in Seattle. At the time, the chain had just 11 locations. He joined the company the next year as director of retail operations and marketing. Schultz’s real visionary moment, however, came in 1983 on a trip to Italy where he saw the popularity of the espresso bar and decided to build Starbucks into something similar in the US.

See all newsletters
Voting Booth
How has Covid-19 impacted your financial position?
Please select an option Oops! Something went wrong, please try again later.
I'm not really directly affected
18% - 2063 votes
I am taking a hit, but should be able to recover in the next year
23% - 2673 votes
My finances have been devastated
35% - 4027 votes
It's still too early to know what the full effect will be
25% - 2886 votes
Previous Results
Covid-19 Money Hub
Covid-19 Money Hub - answering your business and money questions during the crisis