Oil plunges below zero for first time in unprecedented wipeout 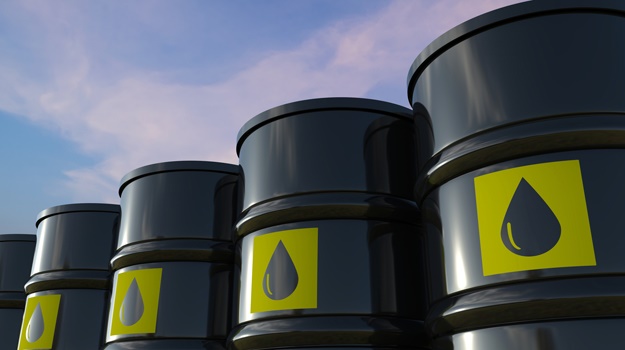 The price on the futures contract for West Texas crude that is due to expire Tuesday fell into negative territory - minus $37.63 a barrel. That's right, sellers were actually paying buyers to take the stuff off their hands.

The reason: with the pandemic bringing the economy to a standstill, there is so much unused oil sloshing around that American energy companies have run out of room to store it. And if there's no place to put the oil, no one wants a crude contract that is about to come due.

Underscoring just how acute the concern over the lack of storage is, the price on the futures contract due a month later settled at $20.43 per barrel. That gap between the two contracts is by far the biggest ever.

Earlier oil plunged below $5 a barrel as the coronavirus pandemic ravages global economies, threatening to erase an entire decade of demand growth, slashing thousands of jobs and wiping out hundreds of billions of dollars from company valuations.

Industrial and economic activity is grinding to a halt as governments around the globe extend shutdowns due to the swift spread of the coronavirus. Oil has faced its own knock-on effects with a market massively oversupplied and nowhere to put physical barrels of crude. An unprecedented output deal by OPEC and allied members a week ago to curb supply is proving too little too late in the face a one-third collapse in global demand.

On Monday, a technical oddity exacerbated the price plunge as traders fled the May futures contract ahead of its expiration tomorrow, driving it down as much as 78% to the lowest level since futures began trading in New York in 1983. The following month’s contract fell 11% to $22.22 a barrel. CME group said it’s possible that May WTI contract could trade negative.

“There is little to prevent the physical market from the further acute downside path over the near term,” said Michael Tran, managing director of global energy strategy at RBC Capital Markets. “Refiners are rejecting barrels at a historic pace and with US storage levels sprinting to the brim, market forces will inflict further pain until either we hit rock bottom, or Covid clears, whichever comes first, but it looks like the former.”

Since the start of the year, oil prices have fallen by more than 90% after the compounding impacts of the coronavirus and a breakdown in the original OPEC+ agreement. With no end in sight, and producers around the world continuing to pump, that’s causing a fire-sale among traders who don’t have access to storage.

In Asia, bankers are increasingly reluctant to give commodity traders the credit to survive as lenders grow ever more fearful about the risk of a catastrophic default.

We live in a world where facts and fiction get blurred
In times of uncertainty you need journalism you can trust. For 14 free days, you can have access to a world of in-depth analyses, investigative journalism, top opinions and a range of features. Journalism strengthens democracy. Invest in the future today. Thereafter you will be billed R75 per month. You can cancel anytime and if you cancel within 14 days you won't be billed.
Subscribe to News24
Related Links
Stocks weaker as oil prices slump to multi-year lows
Oil collapses to two-decade lows amid a flood of crude
Oil price strikes 2002 low as demand set to crash
Next on Fin24
China halts factory operations in crucial province as heatwave sends power demand soaring