Trump waves and drives past supporters protesting his loss Thousands of Donald Trump supporters gathered in Washington on Saturday to protest the results of the election, which Trump has refused to concede, and were treated to a cameo appearance from the president.

Trump on Friday suggested in a tweet that he "may even try to stop by" the event. Instead, the president surveyed the scene from his armored limousine as flag-brandishing supporters chanted "four more years".

The president waved and smiled as the vehicle did a slow loop around Freedom Plaza, a few blocks from the White House, on a cool, sunny morning before heading west to the Trump National Golf Club in Virginia.

He returned to the White House around 15:00 and later tweeted images from the event and fresh complaints about the outcome of the election, some of which were flagged by Twitter. The operator of a widely-used voting system has become one of Trump's foils, and pushed back on Saturday in a lengthy statement.

Trump has continued to assert on Twitter, without evidence, that the 3 November election was rigged for Biden, even as a series of lawsuits challenging elements of the vote have been thwarted. On Saturday, he criticized Georgia election officials for the way a recount of votes in that state is being conducted.

Saturday's event, billed variously as the "Million MAGA March", "March for Trump" and "Stop the Steal", came one week after news organizations projected Biden as the winner of the 2020 election.

Trump and his allies have argued the contest was tainted by widespread voter fraud. There's no evidence that fraud affected the results and US officials on Thursday called the election "the most secure in American history".

Nonetheless, several thousand Trump supporters gathered for speeches by conservative lawmakers and critics, and to march to the Supreme Court. Among the attendees were members of the far-right Proud Boys group in helmets and flak jackets.

CNN estimated the crowd at 8,000 to 10,000; others estimated the gathering in the tens of thousands. White House press secretary Kayleigh McEnany tweeted that "more than one million" had shown up.

Television images showed many attendees were not wearing masks, at a time coronavirus cases in the Capital and nearby areas are on the rise. Some carried signs deriding top US infectious diseases expert Anthony Fauci.

Few counter-protesters were on hand, although some scuffles broke out. Metropolitan police announced 10 arrests, including four for firearms violations. Violence escalated at about 20:00, leading to a stabbing incident where a man in his 20s was rushed to the hospital after suffering serious injuries, the Washington Post reported.

Trump has been largely out of public view since election night. On Friday, delivered his first public remarks in more than a week during a Rose Garden appearance focused on coronavirus vaccine development.

The president has repeatedly posted debunked rumors about errors created by Dominion Voting Systems machinery, in which votes for Trump were switched to Biden.

The company on Saturday released a lengthy rebuttal to a range of rumors, saying that "vote deletion/switching assertions are completely false" and that Dominion is "a nonpartisan US company" with no ownership relationships with, for example, the family of House Speaker Nancy Pelosi.

"Dominion works with all US political parties; our customer base and our government outreach practices reflect this nonpartisan approach," the company said.

We live in a world where facts and fiction get blurred
In times of uncertainty you need journalism you can trust. For only R75 per month, you have access to a world of in-depth analyses, investigative journalism, top opinions and a range of features. Journalism strengthens democracy. Invest in the future today.
Subscribe to News24
Related Links
WATCH | ByteDance challenges Trump's order to divest TikTok
Trump administration says still searching for TikTok resolution
Nolwandle Mthombeni | US election - a lesson on the power of marginalised voices
Next on Fin24
New tool launched to help airlines meet climate commitments 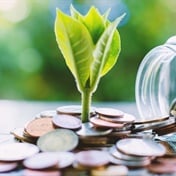