UK holds out for EU concessions to restart Brexit talks Brexit supporters carry flags and placards as they walk down Whitehall in central London on the day that the UK formally leaves the European Union. (Glyn KIRK / AFP)
Glyn KIRK

The UK has rebuffed the European Union's effort to restart their deadlocked trade negotiations, holding out for more concessions from the bloc before it is prepared to restart talks.

On Monday, Michel Barnier, the bloc's chief negotiator, said he would be willing to intensify talks and begin work on the legal text of the accord after a meeting with his British counterpart, David Frost.

While that went some way to meeting two of the UK's key demands, it wasn't enough for Prime Minister Boris Johnson to restart the talks he suspended Friday, saying that a trade deal was unlikely. Without one, consumers and businesses will face the cost and disruption of tariffs and quotas in just 10 weeks' time.

"The EU still needs to make a fundamental change in approach to the talks, and make clear it has done so," Frost said in a tweet.

Johnson's office still described the discussion as "constructive"- a view echoed by officials in Brussels, who said they have a better understanding of what they have to do to make it look like the UK has won something.

EU officials are paying particular attention to Frost's comment that the bloc "needs to make clear" it has moved. That could mean an EU leader, or senior official, giving a public statement to make it look like the bloc is conceding, drafting new texts, or emphasising that the two sides are sovereign equals, they said.

Three Brussels officials, speaking on condition of anonymity because they weren't authorised to speak publicly, said they expect the negotiations to resume in London by the end of the week.

But even if they do, there are still big disagreements that the two sides will need to overcome before striking an agreement. The UK wants the EU to back down on its demands for the same continued access to British fishing waters, but the EU won't do that at least until the other side offers concessions on the so-called level competitive playing field for business.

Reacting to Barnier's statement, Cabinet Office Minister Michael Gove said it was welcome and a result of Johnson's tough stance with EU. However, he cautioned that the UK would need to see the EU move further on contentious issues in the talks.

"It has to be serious about talking intensively on all issues," Gove told the House of Commons. "What we ca't have from the EU is the illusion of engagement without the reality of compromise."

UK Business Minister Nadhim Zahawi said the EU needs to respect the status of its negotiating partner before talks can continue.

"Until you make it very clear that you are willing to negotiate with us as an equal, as a sovereign, then there's no point in simply paying lip service, saying we will intensify negotiations, when the reality is you don’t accept the principle that the UK has left the EU and is now sovereign," he told Sky News.

The British government argues that the EU has run down the clock and hasn't negotiated in good faith by refusing to start drafting a legal text in the seven months since negotiations began. It has also criticized the bloc for being reluctant to hold intensive discussions. The EU has said it is waiting for the UK to make serious offers to compromise.

Separately, Gove held talks with European Commission Vice President Maros Sefcovic over the implementation of the Withdrawal Agreement on Monday, the same day as the government’s controversial Internal Market Bill began its passage through the House of Lords. The legislation, which would give British ministers powers to determine the terms of trade with Northern Ireland, had roiled the discussions over how the Brexit treaty will be executed.

But, in a sign that negotiations between the two sides may be making some progress, Sefcovic said after the meeting that he welcomed Gove's  "clear political steer and commitment" so the two sides can resolve their disagreements over the Northern Ireland protocol.

"It was agreed that contacts at all levels will significantly intensify," Sefcovic said. "Today's meeting demonstrated the political will to move at pace on both sides."

We live in a world where facts and fiction get blurred
In times of uncertainty you need journalism you can trust. For only R75 per month, you have access to a world of in-depth analyses, investigative journalism, top opinions and a range of features. Journalism strengthens democracy. Invest in the future today.
Subscribe to News24
Related Links
WATCH | EU to Britain: fair trade deal worth every effort
WATCH | Johnson tells UK to prepare for no-deal Brexit
Pound sinks as Johnson says get ready for 'no-deal' Brexit
Next on Fin24
Madrid splashes out on festive lights despite Covid-19 downturn 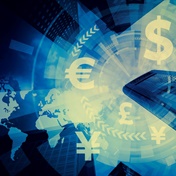