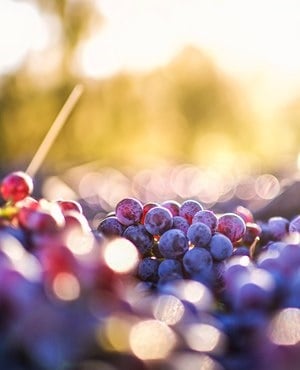 Washington - Worry not, wine drinkers. Some of the world's most popular wines, grown in California's Napa Valley and the Bordeaux region of France, are more resistant to drought than previously believed, researchers have concluded.

However, the crops may be vulnerable to climate change as the planet warms, leading to more frequent heat waves and less rain, warned a study published on Wednesday in the journal Science Advances.

"Grapevines have greater resistance to drought than we thought, and that's good news for the future of wine," said co-author Sylvain Delzon, a researcher with France's National Institute for Agricultural Research (INRA) in Bordeaux.

The study was one of several conducted over 15 years. It showed there was no difference among varieties in their physical resistance during severe drought, he told AFP.

Long-term observations in two of the world's most important wine regions - Bordeaux and Saint-Emilion in France and the Napa Valley in California - showed that grapevines "never experienced a full failure of their water transport systems, also known as hydraulic failure", said the report.

Therefore, they "were not at risk of dying from even very dry conditions".

However, researchers cautioned that grapevines came close to the edge of survival in July, the hottest month of the year.

Leaves will die on the vine, but the vine won't because of how it regulates water in the stoma and creates bubbles, or embolisms that block water from leaving.

This process was "similar across all V. vinifera varieties", said the report.

"By losing its leaves, the vine reduces its water loss, which prevents it from losing its hydraulic capacity," said Delzon.

Still, "climate change will raise the stress on grapevines, and reduce this margin of security".

Knowing more about how vines react to heat and drought will help farmers know how to better manage irrigation, said the report.

"When those thresholds are crossed, you must irrigate," said Delzon.

In Bordeaux, irrigation is currently forbidden except for in the first three years after grapevines are planted.

Some water stress is necessary to assure the grapes mature optimally for quality wines.

In Napa Valley, which is far drier than Bordeaux, viticultures already irrigate their vines, which makes them more vulnerable to future drought, because their margin of resistance is reduced, Delzon said.

"We are already in a context where the production of wine, particularly in France, is constantly being affected" by the decline in grapes, he added, recalling that 2017 was the first year on a global scale when less wine was produced than consumed.

In a warming world, water will be scarcer, which means growers will have to use less irrigation water than in years past.

We live in a world where facts and fiction get blurred
In times of uncertainty you need journalism you can trust. For only R75 per month, you have access to a world of in-depth analyses, investigative journalism, top opinions and a range of features. Journalism strengthens democracy. Invest in the future today.
Subscribe to News24
Related Links
Thirsty Russians push Italy's wine exports to record level
Next on Fin24
Goldman sees risk Fed will tighten at every meeting from March