Brexit effects will only be felt next year - Pravin Gordhan

Johannesburg - The effects of UK's exit from the European Union (EU) will only be felt next year, Finance Minister Pravin Gordhan said on Tuesday.

Gordhan told a SA Chamber of Commerce and Industry event in Johannesburg that, although he expects Brexit to have an impact on the global economy and South Africa, government was putting plans in place to weather the storm.

"We are living through a very turbulent, volatile, and uncertain global time. Brexit and all the uncertainty it creates economically, both in Europe and elsewhere in the world... will only play itself out in the next year or so as we begin to understand how the negotiation process between the EU and the UK begins to unfold," he said. 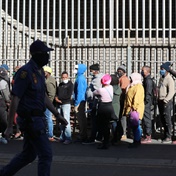