Ramaphosa made the announcement from Tuynhys in Parliament, Cape Town, amid speculation that he would relieve Nene of his duties following his testimony to the State Capture Commission of Inquiry last week.

During his testimony Nene admitted to meeting members of the Gupta family at their private home in Saxonwold, Johannesburg, on a number of occasions between 2009 and 2014. He had not previously acknowledged the meetings and was quick to issue an apology for the "lapse in judgement".

On Tuesday afternoon the CEO of the South African Chamber of Commerce Alan Mukoki hailed the appointment of Mboweni as one of the finest ministerial appointees in recent memory.

"Without any doubt, this is an impressive appointment. We were nervous and anxious about Nene’s departure and what might have happened if he did not go. Mboweni is proven as a reserve bank governor and in labour, aligning labour with business, as someone who piloted the Labour Relations Act," said Mukoki.

Mukoki added that Mboweni would be an asset to National Treasury and government at large, due to his "balanced approach to policy, great intellect and a great understanding of international markets".

Business Unity South Africa said in a statement that while the circumstances and the timing of Nene’s resignation were regrettable, business "welcomes the appointment of Tito Mboweni as the new finance minister".

"Mboweni comes with a long track record in government and brings with him the necessary credibility among social partners, as well as the expertise to provide steady leadership in National Treasury," said BUSA.

Banking Association of South Africa's managing director Cas Coovadia said Mboweni would have to win and maintain the confidence of the financial markets as well as the business and investor communities, while facilitating inclusive economic growth, job creation and social development.

"As a former labour minister, he will understand that addressing the challenges of unemployment, poverty and inequality, are as important as maintaining fiscal discipline and the stability of the financial system," said Coovadia.

Founder and CEO of M&C Saatchi Abel Group Mike Abel took to social networking website Twitter to convey his congratulations to Mboweni on his new appointment.

"Welcome back, Mr Mboweni. Massive job, but so much potential to return our country to greatness. Engage big business - harness the massive talent of corporate and entrepreneurial SA and unleash some of best brains in the world to partner and help you fix our country," said Abel.

Black Business Council president Sandile Zungu said in a statement, "Mr. Mboweni is a veteran who served as Minister of Labour under President Nelson Mandela from May 1994 to July 1998 and as such, he is the right person to steer the country out of the financial challenges that we currently face".

“Nhlanhla Nene has been replaced as Finance Minister by Tito Mboweni, who the markets have a lot of faith in,” said Eddy, who heads the investment team at the disruptive asset manager.

“Through his long tenure as Reserve Bank governor, Mboweni presided over a period of relatively consistent and stable monetary policy and I think the markets would be relatively confident with him at the helm of the South African Treasury.”

The Organisation Undoing Tax Abuse also welcomed Mboweni's appointment, and commended Nene for submitting his resignation over his failure to declare and disclose the Gupta visits that ultimately cost him the job. 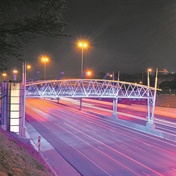 See all newsletters
Voting Booth
Do you think it was a good idea for the government to approach the IMF for a $4.3 billion loan to fight Covid-19?
Please select an option Oops! Something went wrong, please try again later.
Yes. We need the money.
11% - 1303 votes
It depends on how the funds are used.
73% - 8631 votes
No. We should have gotten the loan elsewhere.
16% - 1901 votes
Previous Results
Covid-19 Money Hub
Covid-19 Money Hub - answering your business and money questions during the crisis