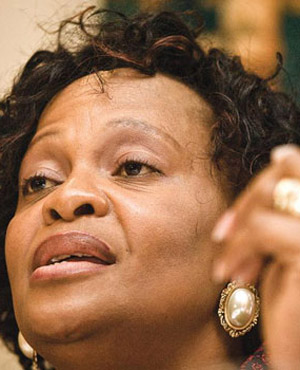 This is according to Minister of Communications Nomvula Mokonyane, who was briefing reporters in Pretoria on Thursday morning after Cabinet’s latest meeting on Wednesday.

On Monday Gordhan defended the Eskom board and executives in the wake of fresh criticism, saying that a good, "professional" team was leading the struggling power utility.

On Friday, he met with Eskom leadership and unions in a bid to assist with ending the deadlock, which Eskom said would put more pressure on the electricity system in this winter period.

The Cabinet meeting and its statement comes as the two unions rejected Eskom’s offer of a 4.7% wage increase.

Mokonyane said Cabinet welcomed the intervention of Gordhan as a much-needed development to allow Eskom to continue supplying electricity to the country.

"Cabinet welcomes the intervention made by the minister in the wage negotiations dispute between Eskom management and unions. The supply of electricity is one of the critical levers in growing our economy and creating more jobs," Mokonyane said.

She said Cabinet asked that all parties "work expeditiously" to resolve the wage increase negotiations as the stability of the economy depended on it.

She said Cabinet condemned the damage to Eskom’s infrastructure during demonstrations. The unions negotiating with Eskom deny any involvement in vandalism.

We live in a world where facts and fiction get blurred
In times of uncertainty you need journalism you can trust. For only R75 per month, you have access to a world of in-depth analyses, investigative journalism, top opinions and a range of features. Journalism strengthens democracy. Invest in the future today.
Subscribe to News24
Related Links
Eskom keeping eye on upsurge in power demand
UPDATE: No load shedding for Wednesday
Unions snub Eskom's 4.7% wage hike, await feedback on package of issues
Next on Fin24
First lady Dr Tshepo Motsepe's rallying cry to SA to help rebuild, create jobs