Can gas save our economy? 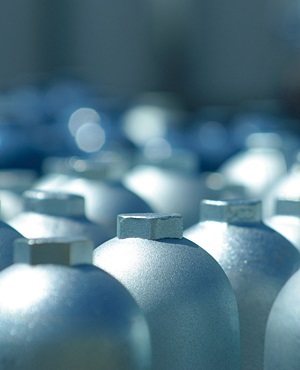 Johannesburg - Transnet and the CSIR are conducting studies to grow the local gas market – an initiative that could ultimately result in billions of rands in investment.

This emerged at the International Gas Cooperation Summit 2017, held in Durban this week.

“The aim of this process is to identify and pre-assess suitable gas routing corridors to streamline the environmental authorisation process,” said Walsdorff.

The proposal will be for 100km gas corridors to be built along the coast of South Africa, as well as in the interior.

The CSIR study is aimed at ensuring that state-owned companies plan for gas transmission servitudes within South Africa.

The project started in June and is set to be completed next year.

Sue Lund, Transnet’s general manager for growth and diversification, said the rail company was conducting a bankable feasibility study into midstream gas infrastructure together with other state-owned enterprises.

She said the bankable feasibility study was likely to be completed next year.

Lund said Transnet was looking at setting up liquefied natural gas (LNG) import facilities at Richards Bay in KwaZulu-Natal, at Coega in the Eastern Cape and at Saldanha in the Western Cape.

The ports of Durban, Cape Town and Port Elizabeth were congested and had too much container traffic, which put these ports out of contention for LNG imports, she added.

Speaking at this week’s summit, Minister of Energy Mmamoloko Kubayi said that almost 25 years after the end of apartheid, economic ownership remained concentrated in a few hands and wealth disparities were widening.

“Gas is the fastest-growing fossil fuel,” she said.

“It is estimated that LNG supply will increase by 50% over the next five years. Over the next 20 years, LNG will catch up with oil and coal and emerge as the main hydrocarbon component of a more sustainable mix to power the world’s economy.

“Other Brics countries (which comprise Brazil, Russia, India, China and South Africa), like China and India, have prioritised moving towards gas-based economies and investing in import infrastructure to meet their growing domestic demand,” added the minister.

“The LNG-to-Power Programme will be the main vehicle through which to stimulate this envisioned gas market in South Africa.

With regard to infrastructure, we are planning for investment in LNG import terminals, storage and regasification facilities, primary high-pressure gas transmission pipelines and secondary distribution pipeline networks.

“We have undertaken an extensive review of all legislation and regulation impacting on, and required for, the effective development of a gas industry in the country. The process of amending the Gas Act of 2004 has commenced, to the stage that this year, a draft Gas Amendment Bill will be tabled in Cabinet.

“However, our fiscal space is limited for investment and programme development. We have to turn to the private sector and innovative private financing options to support our strategies and plans.”

Kubayi told City Press on the sidelines of the summit that she would be meeting with 26 independent power producers (IPPs) – selected by the department of energy, but with which Eskom had refused to sign power purchase agreements – on October 20 to discuss renegotiating contracts.

“I can say upfront that part of the issues that I will be raising with them will concern transformation. We have laws in the country about BEE for companies involved in any business, and they must comply ... As the energy department, we should have such discussions upfront and ensure that we safeguard [these laws], which we didn’t.”

Kubayi said that she expected to sign the power purchase agreements with the IPPs by month-end.

The venue for this meeting has yet to be confirmed, but it is likely to be in Gauteng.

Regarding last month’s announcement by Sasol that it was terminating its debt-ridden Inzalo BEE deal and replacing it with a new Khanyisa empowerment scheme, Kubayi said she had met with Bongani Nqwababa, the executive director and joint president and CEO of Sasol, to discuss the deal.

“I met with the Sasol CEO to ... ask what happened and what lessons we can learn. I was assured that the people who participated won’t have debts. Sasol is carrying that debt,” she said, adding that Nqwababa had told her that the BEE deal between Sasol and Tshwarisano was going well and that the company was learning from this deal so it could improve on the new Khanyisa BEE deal.

Turning to the role played by embattled audit firm KPMG in strategic fuel oil sales, Kubayi said this would be concentrated on financial analysis.

“Concerns have been raised about the credibility of the report it has produced,” she said.

“We have not picked up issues with regard to its financial analysis, but if we do, we will deal with it. As a department, we do not have a contract with KPMG. If we had, I would be terminating it.

“KPMG will have to embark on a cleansing ceremony. Until that is done, you are putting yourself at risk as a government department or whoever. Whatever you commission, in the eyes of the public, it won’t be credible. Why would you waste money and time?”

See all newsletters
Voting Booth
How has Covid-19 impacted your financial position?
Please select an option Oops! Something went wrong, please try again later.
I'm not really directly affected
18% - 1956 votes
I am taking a hit, but should be able to recover in the next year
23% - 2558 votes
My finances have been devastated
34% - 3813 votes
It's still too early to know what the full effect will be
25% - 2740 votes
Previous Results
Covid-19 Money Hub
Covid-19 Money Hub - answering your business and money questions during the crisis