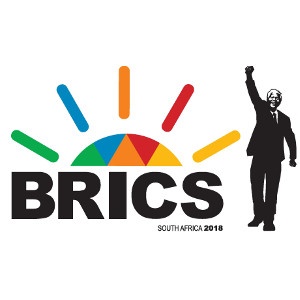 Brazil, Russia, India, China and South Africa, representing about 40% of the world’s population and almost a quarter of its output, think it’s time for a change in how things are done.

After a three-day summit in Johannesburg, the Brics nations said they want a fairer, more representative global order in diplomacy and trade just as China, the biggest member, faces billions of dollars of extra US tariffs.

They also seek reforms at the United Nations, the UN Security Council and the International Monetary Fund to better represent developing nations, and have asked that members of the World Trade Organisation - including the U.S. - abide by WTO rules as the multilateral trading system faces “unprecedented challenges".

“They’re not only re-balancing the current global order, but contesting that order,” Lyal White, senior director of the Johannesburg Business School at the University of Johannesburg, said by phone Friday. “Each of these countries can’t do that on their own, but together they’re a force to be reckoned with. This is a decisive but progressive shift.”

Driving the call for multilateralism in trade at the summit was Chinese President Xi Jinping, whose US counterpart Donald Trump escalated trade tensions by threatening to impose tariffs on every one of the Asian economy’s exports. That could derail a global upswing that’s already losing momentum amid weaker-than-expected economic growth in Europe and Japan as financial markets seem complacent to the mounting risks, the International Monetary Fund warned July 16.

Brics “took a firm stance against protectionism,” President Cyril Ramaphosa told reporters at the end of the summit on Friday. “We felt we need to do everything we can to strengthen the multilateral trade system which is now under attack. There are many attempts to weaken it.”

The members are sovereign nations and would never be pressured into taking sides, he said. “None of us, as part of Brics, will ever accept the fact that we should be told who our friends should be and who our enemies should be.”

The annual gathering of the coterie of emerging economic powers, first identified by former Goldman Sachs Asset Management Chairman Jim O’Neill, is the 10th since its leaders started meeting and the first since the prospect of a full-blown global trade war became a real threat.

“The BRICS summit has been extremely successful for China in terms of building a coalition of emerging markets that seek to defend the current multilateral trade regime,” Martyn Davies, managing director for emerging markets and Africa at Deloitte, said by phone. “What we have seen is the development of an agenda for these countries, because there’s never been an agenda before. We’ve never seen Brics talking about liberalised trade as a grouping or as a coalition, but now trade is front and foremost.”

Russia is pushing for better business ties between counterparts in the club, President Vladimir Putin said. All countries committed to strengthen their cooperation in energy and developing new technologies.

China pledged $14.7bn in investment in South Africa, including loans to its state power utility and logistics company. The commitments are the biggest yet from the Asian nation to South Africa, whose electricity producer is cash-strapped as it cleans up governance issues.

“Are you going to say no to investment and loans that are sorely needed?” said White. “China is going to become the most dominant economy in the world. These are the rules of the game globally - South Africa has to learn how to play.”

China benefited significantly from joining a multilateral, regulated liberalised regime when it became part of the WTO in 2001, Davies said.

“The major component of China’s growth has been dependent on exports - of course it’s going to defend that and to bring other countries along,” he said. “It’s making the point by creating these coalitions in the Brics directed against the belligerence and erratic nature of US trade policy.”

We live in a world where facts and fiction get blurred
In times of uncertainty you need journalism you can trust. For only R75 per month, you have access to a world of in-depth analyses, investigative journalism, top opinions and a range of features. Journalism strengthens democracy. Invest in the future today.
Subscribe to News24
Related Links
Make terms of Chinese loans to Eskom and Transnet public - Mills Soko
Brics nuclear clarification a major plus - analyst
Ramaphosa tells Putin the time's not right for nuclear
Next on Fin24
China's first domestically made nuclear reactor goes online