Did that hurt? Hard to say 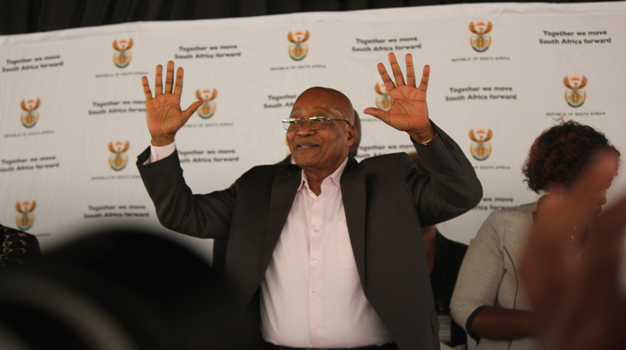 Two weeks after the recall of former finance minister Pravin Gordhan from his investor roadshow, the reshuffle of Cabinet and the downgrade of South Africa’s credit rating, the main economic vital signs are holding steady. On Thursday at 4pm, the rand stood at R13.47 to the dollar while the yields on 10-year government bonds closed at 8.82%. Some of the predictions of what would happen after the downgrades from S&P Global and then Fitch Ratings were evidently overblown.

The depreciation of the rand was noticeable, but at the same time, the rand had been unusually strong right before the recall, notes Izak Odendaal, an investment strategist at Old Mutual Multi-Managers.

The question is why the rand was so strong, said Odendaal. “The foreign drivers are positive for South Africa. Commodity prices, the sentiment towards emerging markets and the dollar are all working in our favour at the moment,” he said.

The exchange rate of R12.30 against the dollar achieved briefly on the last day before Gordhan was called back from the UK made the rand the best-performing currency in the world this year. You should probably compare it with the whole preceding quarter instead, said Odendaal.

“If you normalise it over the entire previous month, the depreciation was not that severe,” he told City Press.

The difference would be a weakening of about 4% instead of 10%.

“I think the downgrades we got were priced in, but it would still be a surprise if Moody’s downgraded us to junk.”

“If you compare this time to Nenegate, it was not a surprise,” said Odendaal. “Also, Nene was fired at the worst possible time.”

At the end of 2015, all the international forces that play an overwhelming role in the value of the rand and the yields on developing world government debt were arranged against countries like South Africa.

It was the start of the cycle of interest rate increases in the US that caused a lot of anxiety about how severely the Federal Reserve would hike its interest rates. All things being equal, an increase in rates in the essentially risk-free US market sucks money out of everywhere else.

Today, commodity prices are much better and the interest rate path in the US is looking moderate, said Odendaal.

This should cause forced sales of bonds by investors who only buy South African bonds because they are in the major bond indices, although the scale of this potential effect is also hard to gauge. “It is hard to say how much money actually follows these indices,” said Odendaal. “The big three are Citi, Barclays and JP Morgan. In the Citi one, South African bonds make up about 0.2% or 0.3%, so people would really have to make an effort to include us.”

“The short answer is we don’t know. There is a risk, but mostly people do not follow the indices.

“Ultimately, it is all about whether we can pay our debt. We are not like Nigeria or Angola where you can have an actual crisis due to a dollar shortage when the oil price falls.”

“You have seen claims [of] about R50 billion [being] lost ... those types of calculations are a little sensationalist. You only lose that money if you bought at the price before the fall and then sold.”

In the short term, markets will easily be moved if new Finance Minister Malusi Gigaba suggests any changes to fiscal policy, said Odendaal “I think Gigaba’s policy will be to try to be careful and make the right noises.”

But it is not just local politics that drive the market. “The other thing is the Syrian situation. If it worsens further, it will make investors move away from risky assets overall and flee to the US. It has nothing to do with us, like the subprime crisis in the US had nothing to do with us, but you still see the money going into US bonds.”

Odendaal and colleague Dave Mohr this week pointed out that Russia and Brazil both saw the main measure of government fiscal risk – their bond yields – start falling shortly after the two countries got rated as junk because of “outside factors”.

In its Monetary Policy Review published this week, the SA Reserve Bank said that the events of the past few weeks might mark a turning point for the currency, but “at present the outlook is uncertain”.

We live in a world where facts and fiction get blurred
In times of uncertainty you need journalism you can trust. For only R75 per month, you have access to a world of in-depth analyses, investigative journalism, top opinions and a range of features. Journalism strengthens democracy. Invest in the future today.
Subscribe to News24
Related Links
Junk status: ANC dissent ‘worrying’
We’re junk. What now?
Deep discount lures buyers to SA banks despite junk
Next on Fin24
Bruce Cameron | What every pensioner or investor should know about private equity