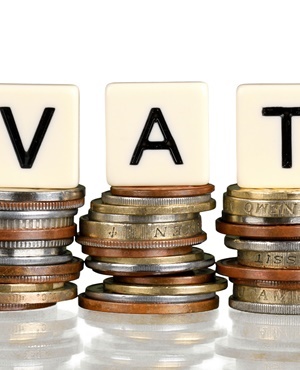 National Treasury has release a report from the expert panel into zero-rated value added tax items, which has recommended that white bread, sanitary products, school uniforms and nappies be included amongst items that are zero-rated for tax (VAT).

After receiving a one week extension on its deadline to submit the report, the panel submitted the report to National Treasury on Monday and Treasury made the report public on Friday afternoon. Former finance minister Malusi Gigaba notched VAT up by one percentage point in February.

The panel was asked to assess the current list of zero-rated food items and consider additional zero-rated items to be included as well as measures to mitigate the impact of VAT the increase on poorer households.

National Treasury released the report on its website on Friday, after Minister of Finance Nhlanhla Nene granted the expert panel a one week extension.

The report also recommends that the government speeds up the provision of free sanitary products to the poor. A statement accompanying the final report said the zero-rating of school uniforms should be done if these can be separated from general clothing.

“For each of the recommended items, the panel suggests that National Treasury does further work to ensure that the benefits of zero-rating accrue to consumers and are not captured by producers,” the statement continued.

The report also highlighted programmes which would assist poorer households, such as the strengthening of the National School Nutrition Programme and increasing child support grant provisions and old age pensions.

National Treasury has given the general public until the end of August to make comments on the final report.

We live in a world where facts and fiction get blurred
In times of uncertainty you need journalism you can trust. For only R75 per month, you have access to a world of in-depth analyses, investigative journalism, top opinions and a range of features. Journalism strengthens democracy. Invest in the future today.
Subscribe to News24
Related Links
Better collection means a better outlook for taxes
We need more time for our report, VAT review panel tells Nene
Cabinet to discuss VAT, fuel hike report
Next on Fin24
Regulatory hurdles may delay legal separation of Eskom's transmission business - De Ruyter

See all newsletters
Voting Booth
Facebook is facing a fresh crisis after a former employee turned whistle-blower leaked internal company research . Do you still use Facebook?
Please select an option Oops! Something went wrong, please try again later.
Yes, the benefits outweigh the risk for me
26% - 299 votes
No, I have deleted it
44% - 517 votes
Yes, but I am considering deleting it
30% - 355 votes
Previous Results
Covid-19 Money Hub
Covid-19 Money Hub - answering your business and money questions during the crisis