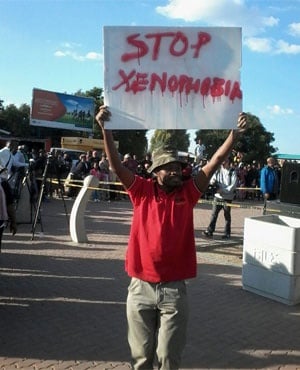 International media, marketing and advertising conference Advertising Week has postponed its inaugural African edition to 2020 due to concerns about xenophobic violence in South Africa.

Earlier in September Gauteng was rocked by violence that left at least 12 people dead, as foreign-owned shops were looted, and vehicles and property destroyed. According to police, close to 700 people were arrested.

President Cyril Ramaphosa has apologised for the violence, including at a memorial service for Zimbabwe's former President Robert Mugabe.

Advertising Week Africa was set to take place from October 28 to 31 in Johannesburg. The other editions of the event take place in the US, UK, Japan, Mexico and Australia.

Advertising Week Africa is now set to take place in the first half of 2020, with the new date to be confirmed, organisers Stillwell Partners said in a statement on Tuesday.

"The date change comes after a joint decision by the event’s Africa-based Advisory Council and other local and international stakeholders, following unrest in South Africa and the resulting reprisal attacks across several African countries."

Related Links
Xenophobia: No country can prosper on its own, says Massmart chair
Cowards are using fake news to lie about a planned shutdown, says taxi body
Sacci to meet with police minister about violent attacks on business
Share
Next on Fin24
WATCH | Ivory trade shrinks, but pangolin smuggling booms