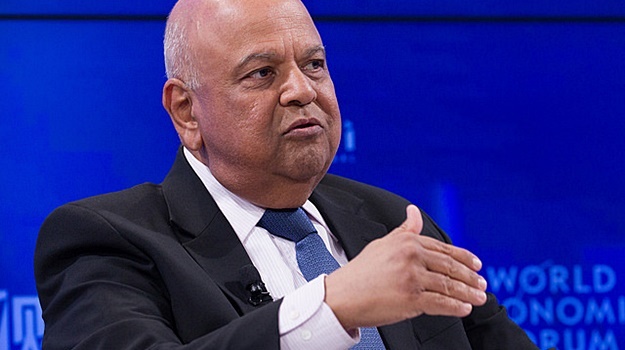 Cape Town – Political noise in South Africa is bound to increase in 2017 as the ANC’s succession race is heating up, but that is to be expected from a strong democracy, said Finance Minister Pravin Gordhan at the World Economic Forum (WEF) in Davos, Switzerland.

Gordhan was in conversation with Francine Lacqua from Bloomberg Television who asked the Finance Minister to elaborate on South Africa’s growth prospects, the rand and the ANC’s upcoming leadership election.

Asked if the so-called political noise in the country has died down somewhat, Gordhan said it has subsided, yes, but there is currently a “contestation” for a new leader for the ANC.

“And so let’s talk about it openly and put it on the plate, but indicate to the world that it is to expected as you would expect it from any other democracy in the world.

“Nevertheless, our institutions are strong and we [National Treasury] will keep a steady fiscal ship.”

Gordhan acknowledged that the UK's decision to leave the European Union (Brexit), last year’s US elections and the upcoming elections in Europe will give rise to uncertainty in the next six months, which could have an impact on investment, trade and trade financing.

Lacqua pressed Gordhan to give his views on what a Donald Trump presidency in the US means for South Africa’s growth outlook, to which he responded that there is definitely a “cloud of uncertainty”.

“I think in all fairness we need to give the president-elect six to eight weeks to settle down, and see what kinds of decisions will actually emerge,” adding, “and see what the negotiations at the Brexit level will result and whether leaders of the bigger countries – both developed and developing – are able to find each other in order to create the right kind of constructive climate for the world.”

“And we intend to do the same this year.”

The WEF provides South Africa with an opportunity to look at itself in comparison with other countries, Gordhan said. “And South Africa interestingly is in a much better place than others in that the country doesn’t experience the same degree of geopolitical risk.”

Lacqua mentioned the fact that the rand gained 13% against the US$ in 2017 and asked Gordhan if he was “comfortable” with the rand at its current level of around R13.60/$.

“Well, we don’t bet on the rand in any kind of way,” Gordhan said. “But we accept that we want less volatility. The rand at the current level has been good. It’s brought in millions more tourists into South Africa and has to some extent also helped exports.

“Although, on the flip side it has increased input costs into the economy, which tend to be capital goods as well. But the balance so far so far has been favourable.”

Watch below for the full conversation between Bloomberg Television and Gordhan.

There’s more to this story
Subscribe to News24 and get access to our exclusive journalism and features today.
Subscribe
Already a subscriber? Sign in
Next on Fin24
Here's how the Covid-19 vaccination plan for ordinary people will work from Monday

See all newsletters
Voting Booth
Have you claimed the interest on your rental deposit?
Please select an option Oops! Something went wrong, please try again later.
Yes, and I've gotten it.
21% - 1431 votes
No, I did not.
52% - 3590 votes
My landlord refused
28% - 1907 votes
Previous Results
Covid-19 Money Hub
Covid-19 Money Hub - answering your business and money questions during the crisis