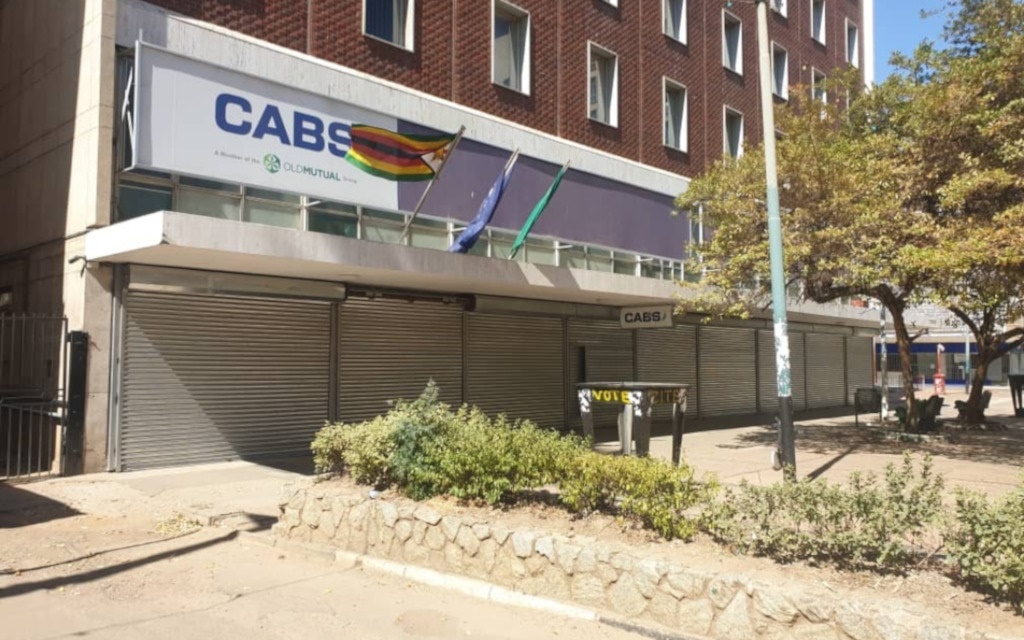 Despite calls for a city-wide shutdown, Zimbabwe's capital Harare on Friday saw isolated protests against corruption amid a heavy police presence.

Many businesses in the city remained closed.

Authorities were present both in the city and roads leading into it.

On Thursday, the capital had been closed for business after police and soldiers ordered people to go home in an effort to thwart the planned protests.

Early in the morning, police and soldiers had mounted roadblocks, ordering those who did not have letters confirming that they were essential services workers to go home.

"I have been told to go home and only come back on Saturday," said Precious Nyoni,* who stays in Domboshava, 25 km north-east of Harare.

By mid-morning, law enforcement officers began moving around town, ordering the closure of shops that had opened, and by mid-afternoon, the streets in Harare’s central business district (CBD) were almost deserted.

While protest organisers called for peaceful demonstrations against growing corruption in the country, authorities, including representatives of the ruling Zanu-PF party, said they feared the protests would turn violent and could be intended to topple President Mnangangwa's government.

The protests' main organiser, Jacob Ngarivhume, who leads a small opposition party, Transformation Zimbabwe, was arrested on 20 July 2020, together with freelance journalist Hopewell Chin'ono, and charged with inciting the public to commit violence.

The two have denied the charges, but have been denied bail. They will remain behind bars till next week Monday.

Despite the closure of businesses, Zimbabwe Republic Police issued a statement on Thursday urging members of the public to conduct their day-to-day activities as normal, in a peaceful atmosphere.

"All security arms of government are on full alert and will deal decisively with any individuals or groups fomenting violence and sending threats or provocative messages through the social media or any other means," read part of the statement.

Some businesses told workers not to report for duty for safety reasons.

"I won't risk opening tomorrow, so I have told my guys not to come in tomorrow," said Maxwell Maronga who runs a hardware store in downtown Harare.

* Names have been changed as sources fear possible reprisals.

We live in a world where facts and fiction get blurred
In times of uncertainty you need journalism you can trust. For only R75 per month, you have access to a world of in-depth analyses, investigative journalism, top opinions and a range of features. Journalism strengthens democracy. Invest in the future today.
Subscribe to News24
Related Links
Zimbabwe billionaire struggles to sell telecom asset
Zim bourse to resume trading - minus Old Mutual and PPC
Old Mutual: A giant entangled in Zimbabwe's currency woes
Next on Fin24
Affordability, potential defaults in the spotlight as interest rates increase