How Guptas called in the cavalry Johannesburg - The extent of the Gupta family’s fight against the major South African banks, together with their friend, Mineral Resources Minister Mosebenzi Zwane, has been laid bare.

In a long and scathing affidavit this week, Standard Bank attacked what it called “impermissible political interference”, aimed at reversing its decision to close the bank accounts of Gupta-owned companies.

It called the campaign by political allies of the Guptas unprecedented, saying it was unlike anything the banking group had ever experienced anywhere else in the world. 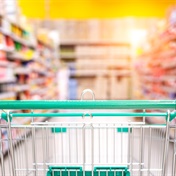